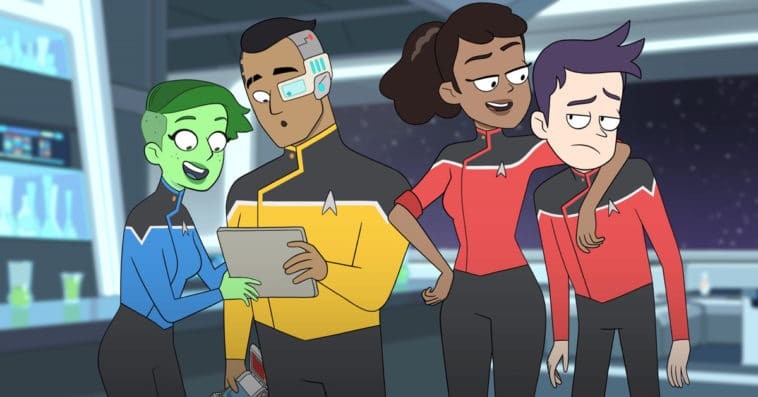 Despite the ongoing COVID-19 pandemic, Star Trek: Lower Decks is still on track for its planned 2020 release. Though an exact launch date has yet to be announced, creator Mike McMahan has already started sharing some important details about the animated comedy series, including how it fits into the Star Trek canon timeline.

In a recent interview with Inverse, McMahan said that events in Lower Decks transpire during the Star Trek: The Next Generation (TNG) era.

“It takes place during the TNG era,” McMahan said of the upcoming show. “It’s on a ship that feels like it’s always existed there and the bridge crew is dealing with big, never before seen Starfleet Star Trek type stories. So every episode has a thing like that happening in it. And then, on top of that, we’ve got A stories and B stories that are emotionally driven from the point of view of the lower deckers on the ships. So it was an area of storytelling that people had covered every once in a while on Star Trek, but never built a show around.”

Though Lower Decks is set during the TNG era, McMahan said that viewers could still enjoy the web series even without watching a single episode of any Star Trek show.

“If you know nothing about Star Trek, then all of the canon in Lower Decks feels like mythological, broad understandable sci-fi stuff. So you can still enjoy Lower Decks even if it’s your first Star Trek show,” said McMahan. “I used to have a Twitter account called TNG Season 8 that imagined fake episodes of Star Trek: The Next Generation. This sort of it walks an even finer line than that Twitter did where its stories feel very Star Trekky, but you’re having a good time while you’re watching it. And it’s half the length of a regular Star Trek and takes place in ‘90s Star Trek. It’s sort of like a love letter to people that love Star Trek, but it’s also a funny show for people who have never seen it.”

But since it’s expected that majority of Lower Decks’ viewers will be comprised of longtime Star Trek fans, McMahan made sure that that the new show won’t ruin any of the franchise’s classics. “It was important to me that if you know everything about Star Trek and you watch this show then it fits into Canon and doesn’t break Star Trek,” he said. “In fact, it grows it.”

McMahan echoed similar sentiments in an interview with ComicBook.com last July. “For me, it was like what was a little spot where our characters on a less important ship could be having adventures and doing their thing that wouldn’t break anybody else’s favorite show,” McMahan said of his treatment of Lower Decks. “Everybody else, there’s so many fans. There are people who are huge fans of Deep Space Nine. I love Voyager and Enterprise and everything that came around there, those shows are all amazing. I didn’t want anybody to feel like I was trying to subvert their favorite show by what we were doing.”