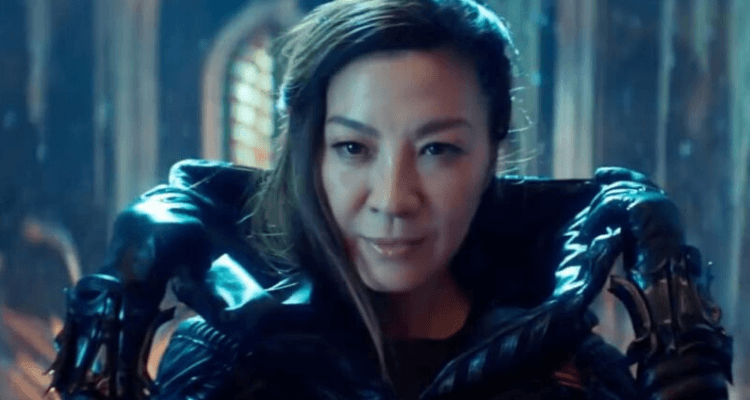 Following a fierce comeback to finish off the second half of Discovery Season 1, actress Michelle Yeoh is set to lead the latest Star Trek spin-off. Tentatively called Section 31, CBS’ Alex Kurtzman said “we have a writers’ room, and it’s exciting… [the show is] well on its way.” Kurtzman told reporters that we’ll likely get a first look at the full cast sometime “soon” as filming is scheduled to start in Mississauga, Canada on May 4th.

Space.com says Section 31 will revolve around “a supersecret Federation intelligence organization” that exists in the Mirror Universe first introduced to fans in S2 E4 of The Original Series. Trekkies might remember Captain Kirk was accidentally beamed into this alternative reality following a transporter hiccup. Since then, this topsy-turvy dimension where “people and places seemed to be opposites of who they were in the prime universe,” has captured the imagination of fans, making several appearances in Deep Space Nine and Enterprise.

Kurtzman dodged questions when pressed for plot details. Last time we saw Section 31, the clandestine organization had fallen out of favor with Starfleet Intelligence and was no longer a part of the Federation. It’s unclear if the upcoming show will continue the arc or introduce a new story.

When Discovery Season 3 debuts later this year fans will be greeted with a radically different arc set 1000 years in the future. When asked about the new direction, Kurtzman said “ it [still] feels very much like ‘Discovery,’ but the world is just so different … people will definitely have a minute of going, ‘Wow, I need a minute to adjust to what this is.'”