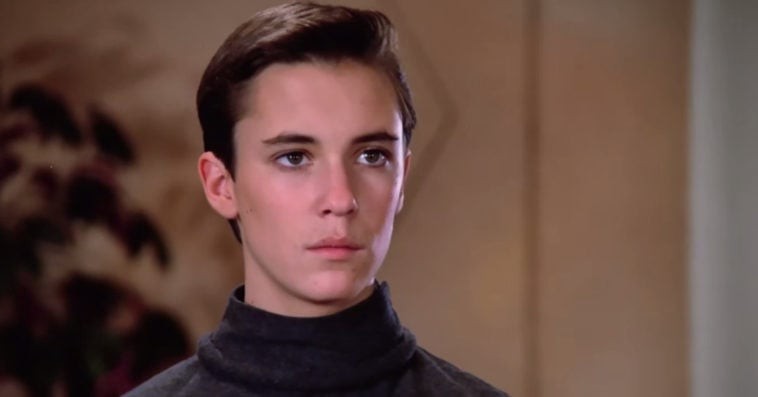 Wil Wheaton is open to reprising his role as Wesley Crusher in Star Trek: Lower Decks.

In an interview with TrekMovie.com to promote his new horror thriller movie Rent-A-Pal, Wheaton revealed that he loves the CBS All Access animated series so much that he would “do the show in a heartbeat” if invited to be part of it.

“I’m a massive fan. Who says ‘no’ to Star Trek.? Who says, ‘No thank you. I don’t want to do Star Trek?’ Who says that? A dumb person,” said Wheaton. “Yeah, of course, I would do it in a heartbeat. And honestly, I feel like animation is probably where Wesley could actually exist in his most faithful canonical form right now.”

Wheaton, who appeared in the TV series Star Trek: The Next Generation (1987-1994) and the feature film Star Trek: Nemesis (2002), said that the Mike McMahan-created series is “one of the funniest things” he’s ever seen. The actor also loves the fact that the series acknowledges that there are other crewmen and women on a starship that are not the bridge crew, and that there are starships that are not the flagship.

When the interviewer informed Wheaton that McMahan had actually said on a New York Comic-Con panel last month that he’d love to bring Wesley to Star Trek: Lower Decks but felt he couldn’t because the character is off with The Traveler, the actor shared where he thinks Wesley is now.

“In my headcanon Wesley Crusher is a Time Lord. In my headcanon, Wesley is off with The Traveler. He experienced some kind of multidimensional, higher-dimensional experience and it changed him and changed who he is and what he does. And he’s a very different kind of character now than he was the last time we saw him,” Wheaton said. “I don’t know if that interpretation is the correct interpretation [because] there is also an interpretation which says none of that stuff ever happened. He went and lived on that planet with all of the people that we’re trying to be run off by Starfleet and that’s where he stayed. And he would be coming out of that if we saw him again.”

Whichever the real case is, Wheaton just wants to see where Wesley is now. “Ultimately, I am not the person who makes that decision. I don’t particularly care about whatever backstory would be used if one were to be used,” he explained. “I just think it would be fun to put on his spacesuit again and see where he is right now.”

Towards the end of the interview, Wheaton also said that he is open to appearing Star Trek: Picard. “If they were interested in me, I would do absolutely everything I could to get to ‘yes,’” said Wheaton. “If I got to work with Patrick [Stewart] again and if I had the privilege of performing in a scene with him again, it would be such a gift and such a blessing. That would be an amazing, amazing experience that I would absolutely love to happen.”

New episodes of Star Trek: Lower Decks season 1 drop on CBS All Access every Thursday. Star Trek: Picard season 2, meanwhile, has no release date yet as production on the new season won’t start until next year.