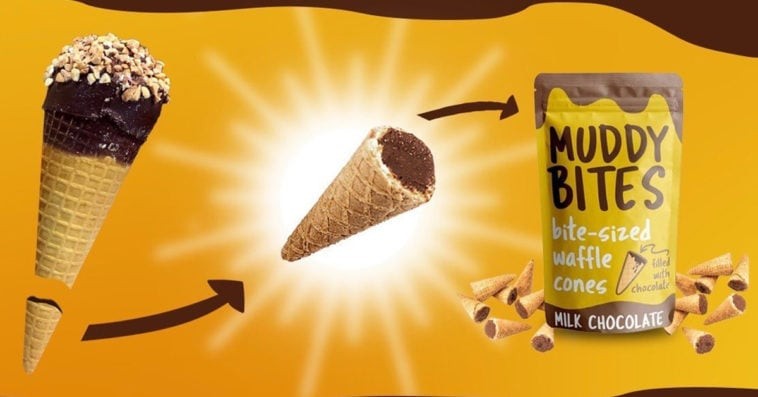 Muddy Bites is one step closer to becoming available in a store near you after the crowdsourcing campaign for the first mass production of the bite-sized chocolate-filled sundae cone snack has recently funded on Kickstarter.

On January 11th, the people behind Muddy Bites announced that they have officially hit their Kickstarter goal of $10,000. But since there are still three weeks left in the campaign, the creators of the product are hoping to get more Kickstarter backers, more awareness online, and word of mouth, so it would be easier for them to get Muddy Bites into grocery stores and convenience stores soon. 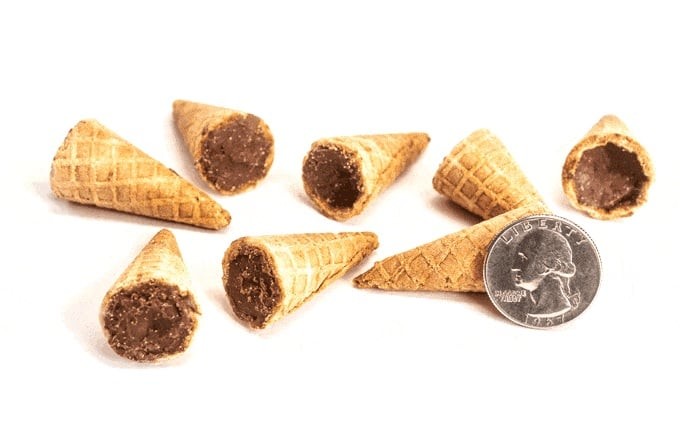 The idea for Muddy Bites was conceived on February 18th, 2018 by longtime friends Alex, Jarod, and Tyler, who all love sundae cones, especially their chocolate-filled bottom tips. Since no one was producing the part they love the most, they decided to take the matter into their own hands by creating Muddy Bites. 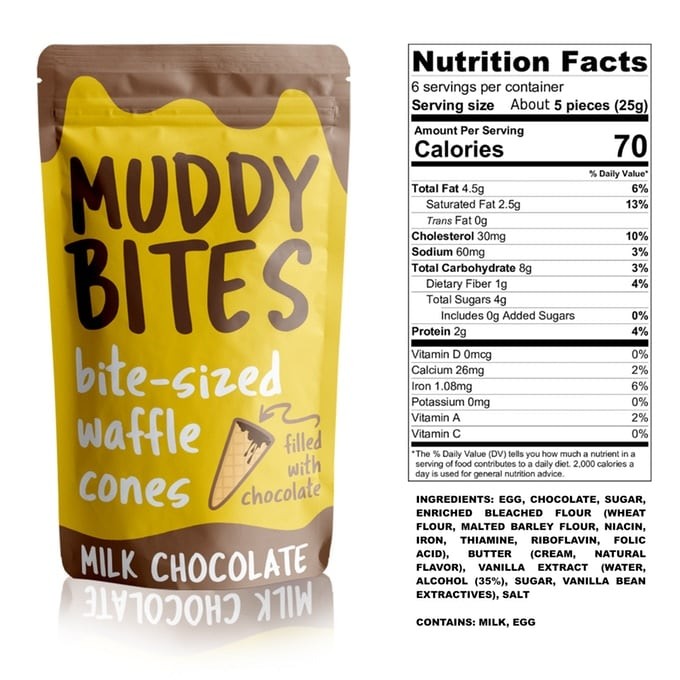 Each bag of Muddy Bites contains about 30 pieces of mini waffle cones and will retail for approximately $3.99. Right now, the snack is only available in milk chocolate flavor, but the creators are thinking of adding the following flavors in the future: peanut butter, cookies and cream, caramel, and mint chocolate chip. Interested backers can actually help vote and also taste future flavors by selecting the “Extreme Snacker” pledge.

Based on the company’s timeline, they are expected to purchase machinery, ingredients, and packaging for Muddy Bites by February 19th and start production on March 19th. The first Muddy Bites priority shipments should be delivered by April 19th with the rest of pre-orders delivery completed by May 19th. The startup is looking to launch Muddy Bites into grocery stores and convenience stores in the month of June.