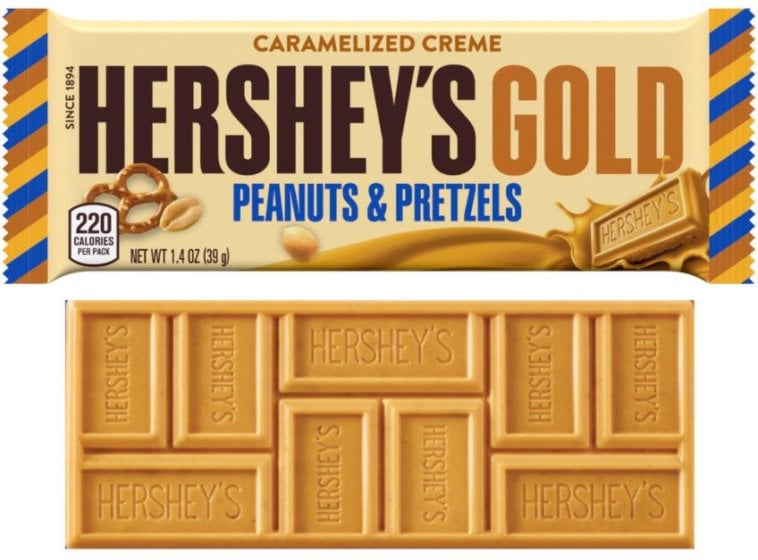 So in case you haven’t heard, we finally have a new Hershey’s bar – the first in 22 years.

The U.S. chocolate giant rolled out a new candy bar earlier last week in what seems like a move to wow those skeptical about the bizarre taste of American chocolate. The Gold bar, as it is called, joins the simple selection of milk, white, and dark chocolate bars already on offer.

There’s one major difference, though! Unlike all previous offerings from Hershey’s, there’s no chocolate in the Gold bar. It is essentially a “caramelized crème” bar with peanuts and pretzels baked inside.

If the name “caramelized crème” didn’t ring a bell with you, that’s only because it is not something Americans have seen before. According to Hershey’s, Gold is the first ever golden crème confection America has seen. For the uninitiated, crème is the same sugar-non-dairy-white-substance that fills the inside of Oreo cookies.

“We use a proprietary cooking process to transform the white crème into a golden bar by caramelizing the crème, which helps maintain a sweet, creamy taste,” Melinda Lewis, senior director and general manager of the Hershey’s Franchise, said in a statement.

Meanwhile, the peanuts and pretzels are there to give Gold a crunchy feeling that most candy customers typically prefer. 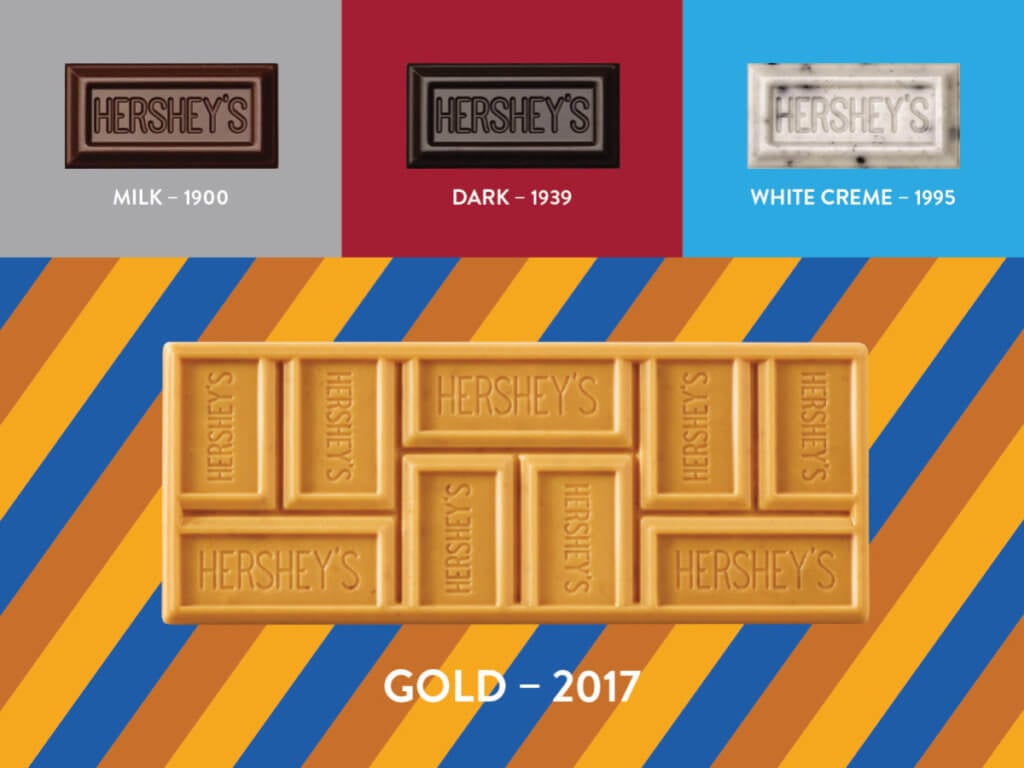 Hershey’s Gold is the fourth bar for the Pennsylvania-based brand, and the first new one since Hershey’s Cookies ‘n Cream’s introduction in 1995. The original Hershey’s chocolate bar was launched in 1900 and was followed up by a special dark variant in 1939.

Hershey’s Gold bar will go on sale on December 1, 2017, and it will be available in two sizes: 40g for people with self-control and 71g for the rest.