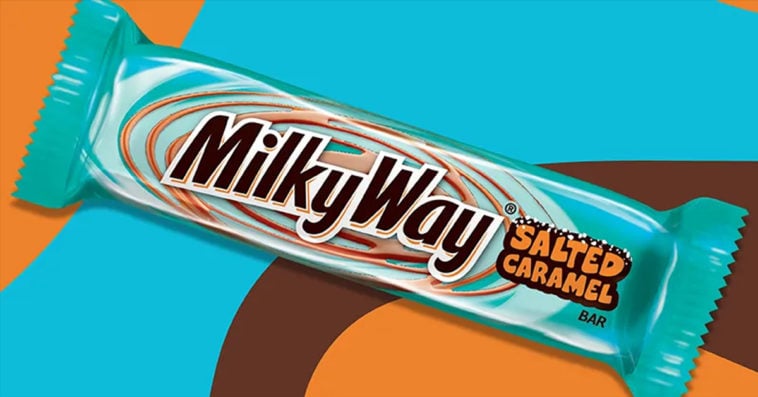 Mars, Incorporated is releasing a new variety of its beloved Milky Way candy bar in October, just in time for Halloween.

Last week, the confectionery brand announced on social media that its new Milky Way Salted Caramel Bar is officially joining its product lineup in 2020. But eager chocolate lovers will get to try the new candy bar as early as October, as “share-size” (3.16-ounce) version of the snack will be available at select Walmart locations starting next month.

Meanwhile, the single full-size (1.56-ounce) and fun-size six-pack (3.38 ounces) of the sweet treat will hit retailers nationwide in January 2020.

The Milky Way Salted Caramel Bar features the same milk chocolate and nougat fans already know and love; but this time, there’s some salt alongside the caramel. It’s unclear, however, whether the caramel filling itself is salted, or whether the salt is sprinkled on top of the bar, or both.

But whatever it will be, it’s very likely that this new Milky Way flavor will be a big hit, especially now that salted caramel-flavored food items are seemingly everywhere, from Häagen-Dazs ice cream to Starbucks salted caramel hot chocolate, and many more.

It’s also not clear whether this new Milky Way flavor is going to be a permanent addition to the brand’s lineup or simply be a limited-edition offering.

As Milky Way fans know, this isn’t the first time the brand has given a special twist to its classic caramel flavor. Milky Way previously released Simply Caramel, a permanent product; and Caramel Apple, a limited-edition offering.