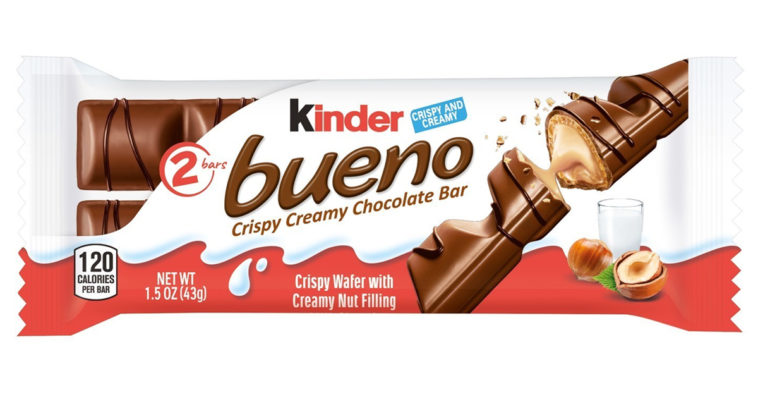 Kinder Bueno, one of the world’s most popular chocolate bars, is making its debut in U.S. market later this year.

Ferrero, which is best known for Ferrero Rocher, Nutella, Tic Tac, and Kinder Joy, will showcase Kinder Bueno at the 2019 Sweets & Snacks Expo in Chicago from May 21st to 23rd. Kinder Bueno will then make its official U.S. launch in November.

Aside from Kinder Bueno, Ferrero will also exhibit its two other new products, Ferrero Golden Gallery Signature and Tic Tac X-Freeze, at the expo, which is sponsored by the National Confectioners Association.

Tic Tac X-Freeze, on the other hand, are sugar-free mints with cooling crystals. A mint of Tic Tac X-Freeze is 50 percent larger than the original Tic Tac mint and delivers intense and long-lasting refreshment. Available in strong mint and wintergreen flavors, Tic Tac X-Freeze comes in 65- and 30-piece packs.

Both Ferrero Golden Gallery Signature and Tic Tac X-Freeze will be available nationwide starting in September 2019.

Additionally, in anticipation of the November 22nd release of Frozen 2 and the December 20th release of Star Wars: The Rise of Skywalker, Ferrero will release Kinder Joy eggs featuring toys from the two Disney movies starting in October 2019.