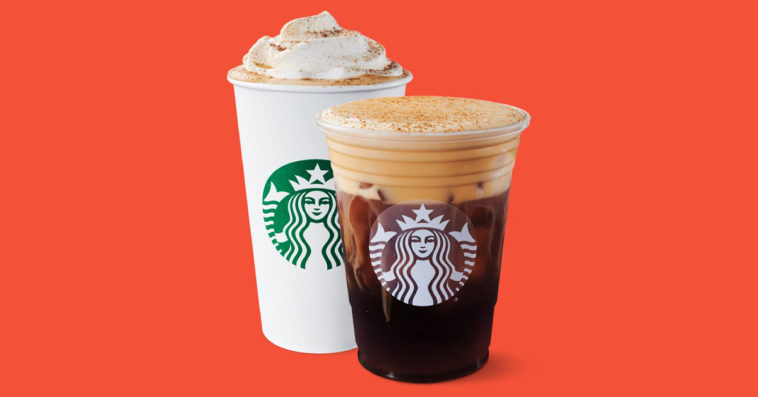 Starbucks is adding a new pumpkin beverage to its menu.

The Pumpkin Cream Cold Brew is the first new pumpkin drink Starbucks has introduced since it launched its signature PSL in 2003. According to a press release, the PSL — which is available hot, iced or as a Frappuccino-blended beverage — is Starbucks’ top-selling seasonal beverage of all time with more than 424 million sold in the U.S. since its release 16 years ago.

And since cold drinks now amount to 50 percent of Starbucks’ beverage order, up from 37 percent in 2013, it isn’t surprising that the PSL is finally getting a cold brew version.

“With customer excitement for PSL sweeping the nation each fall, we wanted to create a new beverage that combines two of our customers’ favorite things, pumpkin spices and cold brew,” Matthew Thornton, a member of Starbucks’ beverage research & development (R&D) team, said in a statement.

Closely similar to the Vanilla Sweet Cream Cold Brew, the Pumpkin Cream Cold Brew is made with cold brew, vanilla, and a float of pumpkin cream cold foam sprinkled with pumpkin spice topping, cinnamon, and nutmeg.

Starbucks said that it took time to get the recipe for the Pumpkin Cream Cold Brew right. In fact, according to a press release, Starbucks R&D team tried 10 variations of the beverage before settling on the variant they think is the best.

However, unlike with the PSL, the Pumpkin Cream Cold Brew, which will also be available in Canada, can’t be made dairy free, as the foam doesn’t hold up as well with nondairy milk.

In addition to debut of the Pumpkin Cream Cold Brew and the return of the PSL, August 27th also marks the comeback of Salted Caramel Mocha and fall food, which includes bakery items like Pumpkin Cream Cheese Muffin, Pumpkin Scone, Pumpkin Spice Madeleines, and the vanilla Cat Cake Pop.