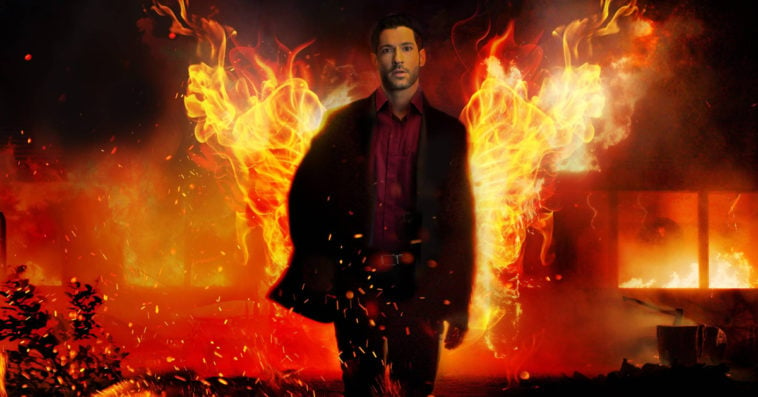 Netflix’s Lucifer is the most binged TV show for the week of June 24th to 30th based on TV Time’s Binge Report.

This is the eighth consecutive week the Tom Ellis-led series got the first spot on the weekly ranking, unseating Game of Thrones for the most consecutive weeks at No. 1. The HBO fantasy drama series previously stayed on top of the ranking for six weeks in a row.

For the week of June 24th to 30th, Lucifer earned 4.19 percent of the total binge sessions. A binge session is when four or more episodes of a show are watched and tracked in the TV Time app within a given day.

Right behind Lucifer, in the second place, is the German Netflix thriller Dark (3.87 percent), followed by the NBC sitcom Friends (2.41 percent) in the third spot. Marvel’s Jessica Jones (2.02 percent), which secured the second spot in the previous week, fell to No. 4, while former sixth placer, The CW’s The 100 (1.69 percent), climbed to the fifth spot.

Congratulations @LuciferNetflix! you've broken our Binge Report record with EIGHT weeks in a row at the top spot! ??

So i guess this means no show is better? ? pic.twitter.com/rFcUbqFjIZ

Though Lucifer beat Game of Thrones for most consecutive weeks at No. 1, the latter is still the record holder for the most times at the No. 1 position. The Emmy-winning series based on George R.R. Martin’s A Song of Ice and Fire novel series has made it to the top of the Binge Report 11 times since TV Time launched the weekly ranking in 2017.

Premiered in 2016 on Fox, Lucifer revolves around the devil Lucifer Morningstar (Ellis) who abandons hell for Los Angeles where he ends up running his own nightclub. When he gets involved in a murder case with detective Chloe Decker (Lauren German), Lucifer becomes a consultant to the LAPD.

Unfortunately for fans, despite Lucifer’s outstanding performance on Netflix, it doesn’t seem that the streaming service will reverse its decision about the show’s Season 5 being its last. In a tweet posted last week, showrunner Ildy Modrovich pointed out that Netflix and producer Warner Bros. made the announcement earlier than expected so fans can process the news properly.

As revealed in Ellis’ latest Instagram post, the writers’ room for Lucifer’s final season has already started earlier this week.

First day at the writers room for #luciferseason5 Everyone is very excited about the possibilities…I can’t wait! ?#lucifer