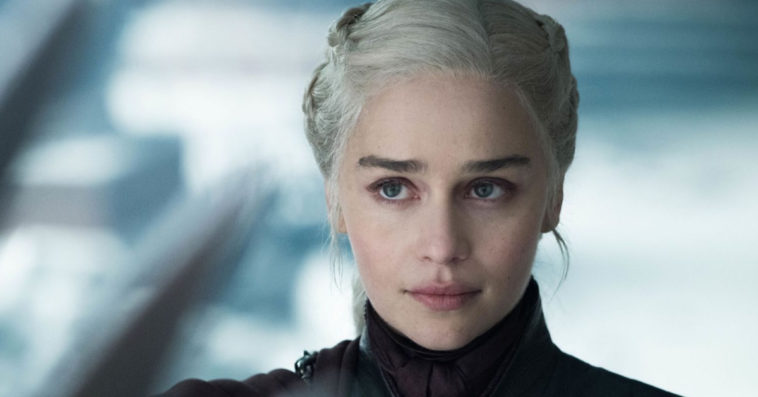 If you are one of those fans who are not satisfied with how HBO’s Game of Thrones concluded, George R.R. Martin’s A Song of Ice and Fire novel series might give you the kind of ending you want.

In an entry on his blog published a day after the Game of Thrones finale, Martin revealed that the final two installments of his book series, which inspired the TV show, will have a different ending.

“How will it all end? I hear people asking,” Martin wrote in the latter part of his post. “The same ending as the show?  Different?”

In the very last episode of the TV show, Jon Snow (Kit Harington) killed his lover Daenerys Targaryen (Emilia Clarke) after she turned into the “Mad Queen.” After spending some days behind the bars, Jon was sent back to The Wall to rejoin the Night’s Watch. Meanwhile, the three surviving members of House Stark went their separate ways: Arya (Maisie Williams) boarded a ship to explore the west of Westeros; Sansa (Sophie Turner) was crowned the queen of the newly independent North; and Bran (Isaac Hempstead Wright) was hailed as the new king of the now Six Kingdoms, with Tyrion Lannister (Peter Dinklage) serving as his hand.

While Martin didn’t specify how these character endings from the show will be different to the books, he pointed out that the medium he’s working in allows him to add more details to every character arc.

“I am working in a very different medium than David [Benioff] and Dan [Weiss], never forget,” Martin wrote, referring to the series creators. “They had six hours for this final season. I expect these last two books of mine will fill 3000 manuscript pages between them before I’m done… and if more pages and chapters and scenes are needed, I’ll add them.”

Martin also reminded fans that the TV show isn’t a carbon copy of the books. Game of Thrones has deviated from the original source since Season 1, so “of course the butterfly effect will be at work as well,” the author wrote.

The novelist also assured its readers that they will definitely learn the fates of every character in the books that are not on the TV adaptation. “There are characters who never made it onto the screen at all, and others who died in the show but still live in the books,” he wrote. “So if nothing else, the readers will learn what happened to Jeyne Poole, Lady Stoneheart, Penny and her pig, Skahaz Shavepate, Arianne Martell, Darkstar, Victarion Greyjoy, Ser Garlan the Gallant, Aegon VI, and a myriad of other characters both great and small that viewers of the show never had the chance to meet.”

As for the question “which will be the real ending?”, Martin wrote: “How about this? I’ll write it. You read it. Then everyone can make up their own mind, and argue about it on the Internet.”

The Winds of Winter and A Dream of Spring, the last two installments in Martin’s seven-book series, have no release date yet. “THE WINDS OF WINTER is very late, I know, I know, but it will be done.  I won’t say when, I’ve tried that before, only to burn you all and jinx myself… but I will finish it, and then will come A DREAM OF SPRING,” the author wrote.