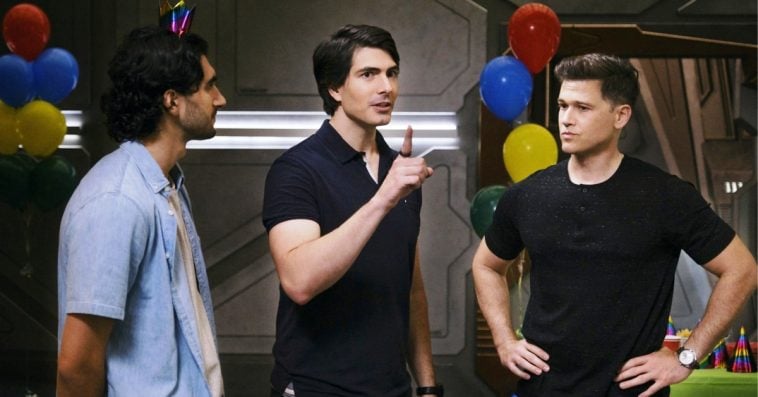 The CW has renewed DC’s Legends of Tomorrow for a sixth season.

Tuesday’s early pickup announcement came as a surprise to many, as the superhero team-up series has yet to officially kick off its fifth-season run later this month.

While it’s too early to tell which cast members are returning for Season 6, Caity Lotz, who plays Sara on the show, seemed very excited about the news, based on her latest tweet.

The show’s official Twitter account is also hyped about the renewal, thanking The CW for the renewal and congratulating the show’s entire cast and crew.

Thanks for the good news @TheCW! And congrats to the whole team – it’s all your work that keeps this show coming back. #Season6!

The board says it all — #RENEWED pic.twitter.com/8Bg37UlWtK

Also on Tuesday, The CW released the synopsis and promo photos for the show’s Season 5 premiere titled Meet the Legends. In the episode written by Grainne Godfree and James Eagan, Sara (Lotz), Ray (Brandon Routh) and Mick (Dominic Purcell) are shocked to discover that the Legends have become famous. Besides Sara, everyone loves the spotlight so much that they invite a documentary crew on board the Waverider to film them as they investigate a strange new blip in the timeline.

The Legends soon find out that the blip is Rasputin, who happens to be straight out of hell.  With a strong inkling of what causes these new blips, Constantine (Matt Ryan) warns the team that Rasputin won’t be easy to take down.

Directed by Kevin Mock, the episode also stars Nick Zano, Maisie Richardson-Sellers, Tala Ashe, Jes Macallan, Olivia Swann, and many others See the sneak peek images for the premiere in the gallery below:

Legends of Tomorrow Season 5 premieres on Tuesday, January 21st at 9 p.m. ET on The CW.