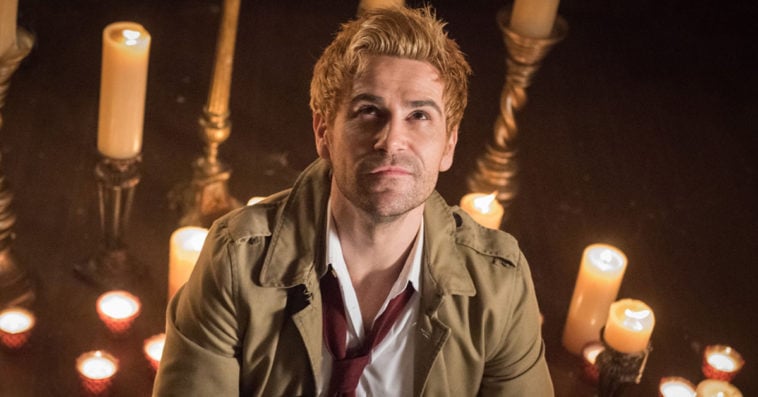 When Matt Ryan’s John Constantine first appeared on The CW’s Arrowverse in 2015, fans of beloved occult detective have begun to hope that the network would eventually revive the character’s NBC series that got cancelled after just one season. Three years later, Ryan joined Legends of Tomorrow as a series regular, and while his outstanding portrayal of the character in the superhero team-up series proves that he could still carry his own show, The CW has no plans to revive the short-lived NBC series anytime soon.

At the Television Critics Association press tour earlier this month, The CW president Mark Pedowitz revealed that they hadn’t had any talks about reviving the Constantine TV series on the network. While this news was a blow for Constantine fans who are expecting to see the show find a second life on The CW, Pedowitz confirmed that the master of the dark arts will continue to work side by side with the entire Waverider crew in Season 5 of Legends of Tomorrow.

The final episodes of Legends of Tomorrow Season 4 saw John enter Hell to save the soul of Ray Palmer (Brandon Routh). But when the First of the Fallen (Beau Daniels) gave him a chance to save the soul of Astra Logue (Olivia Swann) — the young girl that John accidentally sent to Hell in the very first episode of the Constantine TV series — John chose to save Astra’s soul instead of Ray’s.

Though Astra, now a grown woman, refused to leave Hell, she assisted John and Nora Darhk (Courtney Ford) in breaking into the Soul Exchange to get Ray’s soul token. But while John and Nora were looking for Ray’s, Astra secretly stole sixteen evil souls — including Caligula, Charles Manson, Genghis Khan, Grigori Rasputin, John Wayne Gacy, Joseph Stalin, Lizzie Borden, and Mary Tudor —  and released them from Hell, offering them a second chance.

Since it was announced in July that Astra will serve as the big bad in Season 5 of Legends of Tomorrow, it means that John will continue to play an integral part on the show.