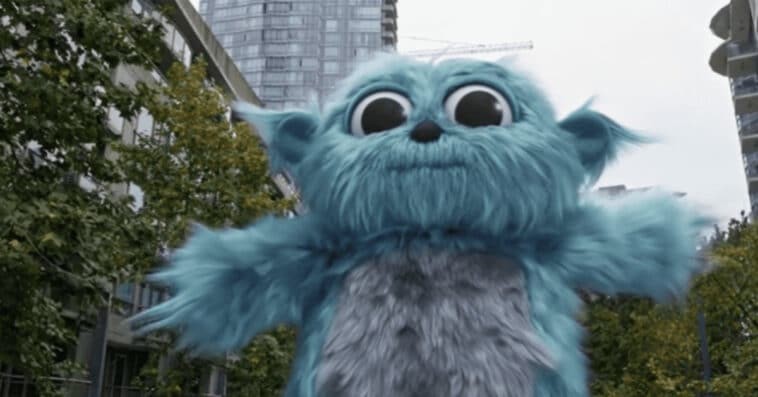 Legends of Tomorrow breakout character Beebo is set to headline an upcoming Christmas special on The CW.

Written by Matt Maala and Kevin Shinick, Beebo Saves Christmas follows the titular fuzzy toy turned furry god as he hopes to save Christmas. When an efficiency-obsessed elf named Sprinkles decides that Christmas would run better without Santa Claus, Beebo and his friends travel to the North Pole to help discover what truly makes Christmas meaningful.

Beebo made his debut appearance in Legends of Tomorrow season 3, episode 9, Beebo the God of War, in which he was introduced as a toy from the year 1992. He then became an anachronism, creating the time aberration of New Valhalla. As an anachronism, Beebo was depicted as the Blue God worshipped by Vikings, who started an early conquest of North America.

Beebo then returned for the show’s third season finale, The Good, The Bad and The Cuddly, in which he appeared as the avatar of the Totems of Zambesi in the Legends’ final battle against Mallus. Though Beebo has made cameo appearances in other Arrowverse shows like The Flash, Arrow, and Supergirl since then, Legends of Tomorrow executive producer Phil Klemmer previously revealed that they’re deliberately limiting Beebo’s appearances.

“Beebo is like one of those spices that you don’t want to use too much. You gotta wait for the special moment where you need to make it really pop,” Klemmer said in an interview with TV Guide in 2019.

Apparently, one of those special moments is Beebo Saves Christmas, which will premiere on The CW in late 2021.