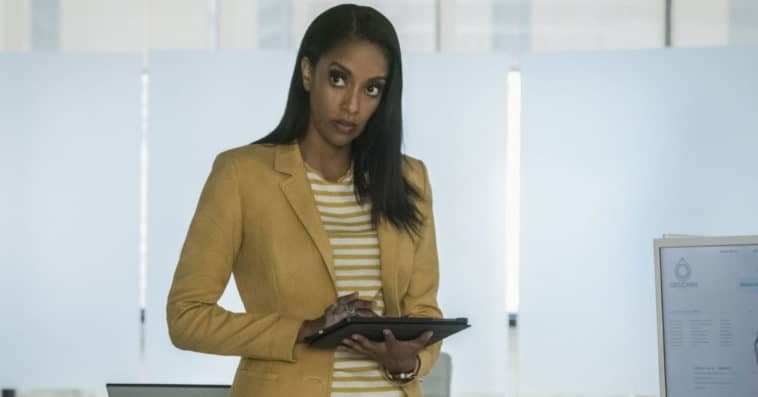 At the end of last week’s season 6, episode 2 of Supergirl, viewers found out that Alex (Chyler Leigh) had finally revealed Kara’s (Melissa Benoist) secret identity to Kelly (Azie Tesfai). But the actual conversation between the girlfriends happened off-screen, much to the disappointment of fans who were looking forward to seeing Kelly’s reaction to the big reveal.

In a recent interview with The Wrap, showrunners Robert Rovner and Jessica Queller explained why the CW series only showed the aftermath of the reveal and not the reveal itself.

Rovner said they considered having the reveal play out at the end of the season 6 premiere. But since there wasn’t enough time in the episode and Kelly would genuinely be okay with the news, the show’s creative team ultimately chose not to do the scene altogether.

“It was something that we had toyed about being able to do at the end of the first episode, but … we didn’t have the time in that episode to achieve that,” Rovner told The Wrap. “Because Kelly was fine with the news, we felt that we could [simply] integrate it into the story and … relationship [between her and Alex]. It was something that Kelly was going to be very supportive [of] … and some of it is explored in the next episode when Alex is having a very difficult time.”

As to why they decided to make Kelly so accepting of the news, Queller said they didn’t want the show to repeat itself. “We spent an entire season on when that news did not go well,” Queller said, referring to the major rift the news caused between Kara and Lena (Katie McGrath) in season 5. “We felt like we really played that conflict last season.”

In a separate interview with The Wrap, Tesfai said that Kelly’s positive reaction after finding out Kara’s secret identity was not out of character. “Kelly is so wonderful,” the actress said of Jimmy’s (Mehcad Brooks) sister. “I would’ve been angry, but she’s just such a dream girlfriend, you know? She gets it. She gets everyone’s perspective on things, and she’s so kind and empathetic that [Alex and Kelly’s] relationship continues to be such a standard of healthy love that I think everything brings them closer together.”

Supergirl season 6 airs every Tuesday at 9 p.m. ET on The CW.