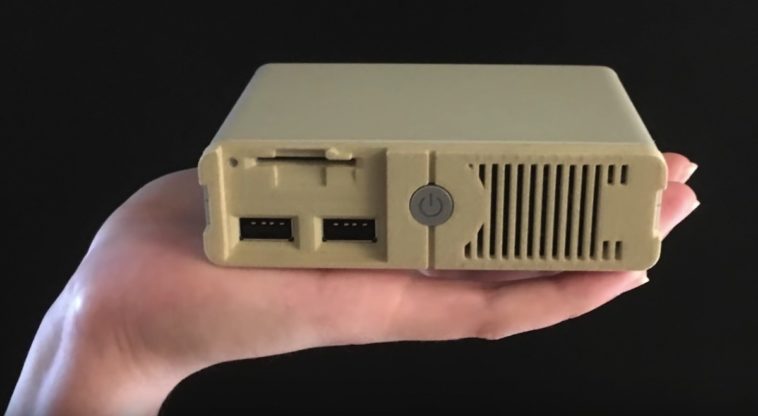 Unit-e, a company that designs arcade games, is looking to join the nostalgia bandwagon by creating a mini-PC that plays vintage DOS games.

If the company is successful in its upcoming crowdfunding campaign, it will compete against the PlayStation Classic, C64 Mini, NES Classic, Polymega, and countless others who are also looking to cash in on the recent trend.

Like the others, the PC Classic mimics the appearance of vintage equipment, or in this case an old school PC. Admittedly the 80s-era design is a bit hit or miss, but as geeks, we like it.

And while we understand the argument, in our view, the same criticism holds true for the other aforementioned classic consoles. Modern PCs have no problem running emulators that allow you to play PlayStation, NES, or C64 games.

The benefit is, purchasing one of these classic consoles allows you to avoid any potential legal issues that may arise through the use of illicit downloads and emulators.

Sources say Unit-e plans to preinstall at least 30 games, one of which will be Doom. Additional details about the PC Classic won’t be released until the crowdfund starts in the coming weeks.