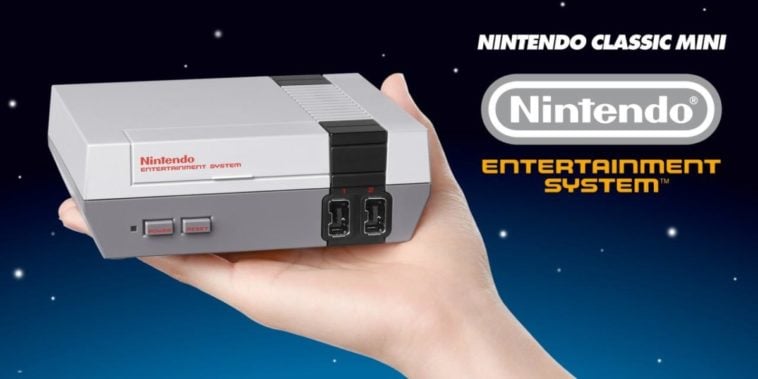 Some things are just too good to let die; see Crispy M&Ms, Brooklyn Nine-Nine and the NES Classic for further information. The latter of those three, the NES classic, will be hitting stores again on June 29th after a ridiculously popular first release in November 2016. The demand was so high at the time that many potential buyers didn’t get their hands on the retro-looking console.

We thought it was gone forever, but thankfully the good folks at Nintendo have seen sense and are giving it another release.

The reissue of this version of the NES caught the eye of many mainly because of its likeness to the original console. It really does look the part, with the one exception being that it’s small enough to fit in the palm of your hand.

#NESClassic Edition will return to stores on June 29! This system and the #SNESClassic Edition system are expected to be available through the end of the year. https://t.co/LclbG5m4ta pic.twitter.com/1PcXBI5qJC

It also came with a whole host of the original Nintendo games, which will keep you happy for weeks.

The likes of Super Mario Bros 3, Metroid and The Legend of Zelda are all available on it.  Thus, it’s an ideal gift for anyone who wants to relive their days of yore in the early 90s, sitting around wasting days on their Nintendo when they should probably be doing something slightly more productive.

Of course, it is not a surprise that Nintendo is bringing back the Mini NES, as they did announce it earlier in the year. However, up until this point, we did not have an official date for the reissue.

Don’t worry too much if June is a tough month cash-wise, as the console will be available until the end of the year and only costs around $80.

The SNES Classic also got released recently and it is also in high demand. The surge in retro gaming isn’t exclusive to Nintendo either, with the Sega Genesis Mini expected to wow fans later this year.

The SNES Classic also got released recently and it is also in high demand. The surge in retro gaming isn’t exclusive to Nintendo either, with the Sega Genesis Mini expected to wow fans later this year.