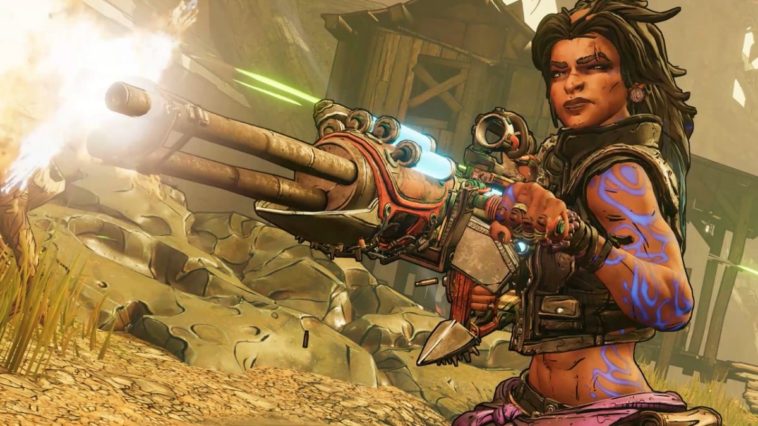 Fans of Gearbox’s Borderlands series were giddy with excitement yesterday (May 1st) during the company’s first public gameplay reveal of Borderlands 3. The event, which showcased new features and mechanics, was highlighted by an Easter egg-filled tour of a new spaceship called Sanctuary 3.

Right off the bat, some readers will know that the name ‘Sanctuary’ also refers to the hub city from Borderlands 2.

Aboard the Sanctuary 3, players will come across a number of playable and non-playable characters from years past. For example, the livestream tour revealed Marcus, Moxxi, Dr. Patricia Tannis, Lilith, Maya, Claptrap, Crazy Earl, and Sir Hammerlock among others. And for the most part, it appears the characters are still up to their typical shenanigans. Marcus is still a gun dealer, Mad Moxxi still has her bar, and Crazy Earl is as big a lunatic as ever.

During the event, CEO Randy Pitchford told fans that there are many more “jokes hidden in plain sight on Sanctuary 3.” While he didn’t elaborate, we’re sure Gearbox will continue to drop more breadcrumbs as the September 13th release day comes into focus.