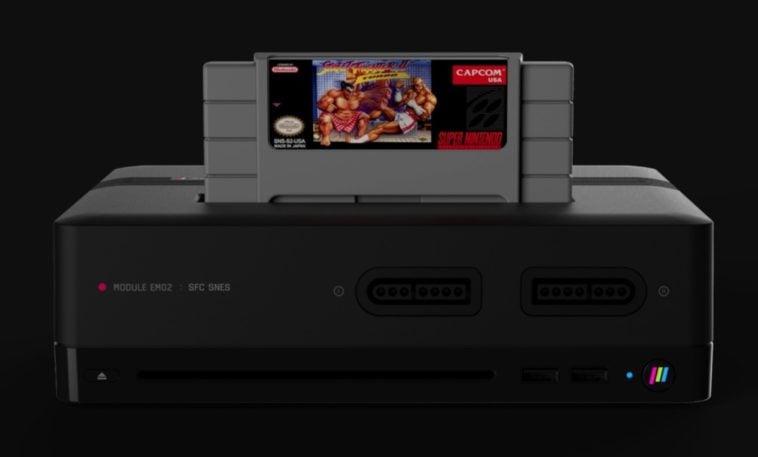 Playmaji – a California-based gaming startup – is on the cusp of launching its Polymega ‘virtual console’. The Polymega is the company’s retro gaming console that plays vintage CD-ROMs and cartridge-based games. By switching from one module to another, the system that can emulate a Playstation 1, Sega Saturn, NES, SNES, and other vintage consoles.

The base unit is powered by a 3.2GHz Dual-Core Intel CM8068403377713 CPU. Reports say state-of-the-art field programmable gate arrays (FPGA) are used within the various modules to help the emulators run more efficiently.

Playmaji originally debuted the retro game emulator – previously called ‘Retroblox’ – at last year’s E3. This year they returned with a new name, as well as the aforementioned upgrade to the CPU, which was previously a 1.8GHz ARM-based Rockchip RK3288. The company says the decision to upgrade was prompted by fan input during last year’s unveiling at E3. They go on to say the new CPU allows their system to run more resource-intensive emulators such as N64.

While there’s no official N64 emulator just yet, one source says Playmaji will allow third-parties “to create FPGA-based modules for Polymega post-launch under a special licensing agreement,” meaning we may eventually see an N64, as well as many other modules.

The Ploymega ‘Base Unit Set’ starts at $249.99. The ‘Bundle-Ultimate’, which consists of each module and their accompanying controller, sells for $599.99.

Playmaji is just the latest gaming company to enter the retro emulator market. In July we reported on the C64 Mini from Retro Games.