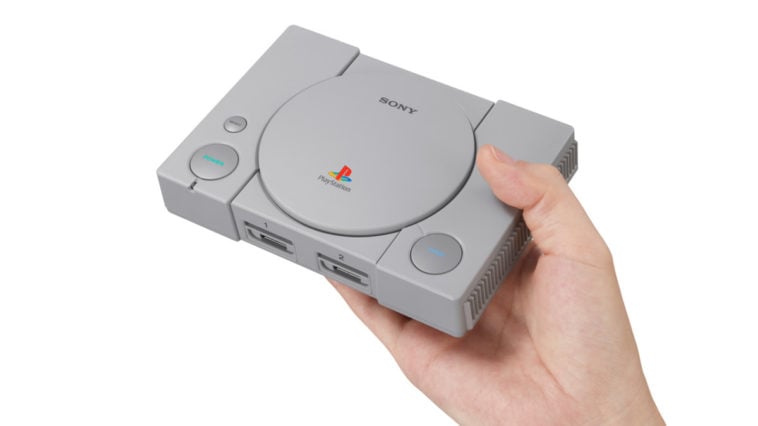 On December 3rd, 1994, Sony unveiled its highly anticipated PlayStation game console to the world. Today, well over two decades later, the company is reintroducing the iconic system in the form of a very cute miniature version.

The PlayStation Classic, which is touted as “45% smaller than the original PlayStation,” is now available for pre-order at select retailers, including GameStop and BestBuy for just $100. Considering its modern features and attractive price point, Sony hopes to reintroduce the game-changing platform to a completely new generation that would have otherwise gone without it. What’s more, by replicating the console’s looks, controllers, and original packaging, the Japanese tech giant hopes to also woo long-time PlayStation fans.

This latest announcement proves that the gaming industry as a whole is on the same nostalgia wave as other industries. Just last week we reported that Nintendo is planning to launch a set of NES controllers for its Switch console. Going further, a California-based gaming startup known as Playmaji is launching a ‘virtual console‘ that emulates the Playstation 1, Sega Saturn, SNES, and other vintage consoles.

According to sources, Sony plans to officially launch the PlayStation Classic on December 3rd, a full 24 years after its inaugural launch. Sony says they will unveil additional titles and details in the coming weeks.