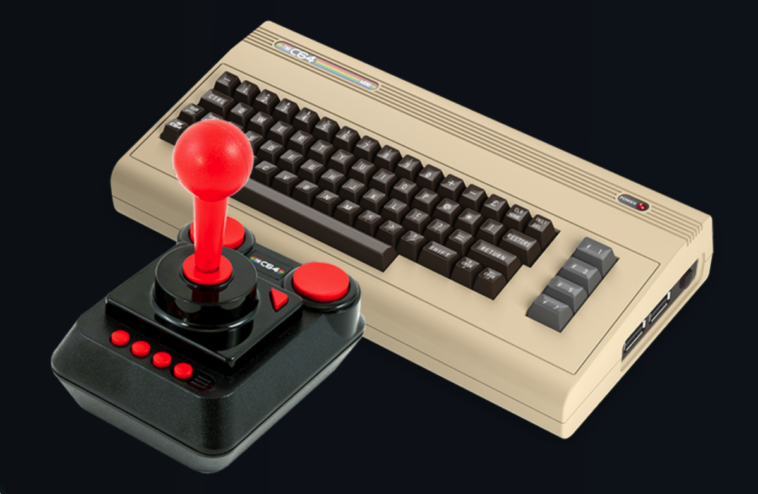 Speculation of an upcoming miniature Commodore 64 has been burbling now for nearly a year. These rumors were followed by an official European release in early 2018. Now it’s time for the North American release – almost.

Slated for an October 9th launch date, this latest project from Retro Games Ltd. is sure to intrigue just about everyone who has had a chance to play or own the original version from the 1980s.

Roughly half the size of the first Commodore console, the C64 Mini ships with over 60 preinstalled games. Classics such as Boulder Dash, Speedball II, Street Sports Baseball, California Games, Uridium, Temple of Apshai Trilogy will afford those who grew up during 70s and 80s plenty of relived moments from childhood.

Retro Games Ltd. has designed the C64 to operate seamlessly within the modern world. For example, a single HDMI cable is all that’s required to connect the miniature system to a TV or monitor. More interesting, the revived console’s audio/video settings can be toggled to downgrade the picture quality to be more in line with the 1982 version. It also allows users to connect a USB keyboard in order to interact with the BASIC interpreter that’s installed – just like the original.

While vintage gamers are excited because of the C64’s nostalgic value, some reviewers have criticized the European version for using cheap parts. Namely, Engadget lambasted the ‘fussy joystick’ and software bugs that caused the machine to crash. We haven’t been able to independently confirm whether or not these hiccups will be addressed before the upcoming North American release.

READ  The next Xbox will be called the Series X

Nevertheless, considering the C64 is set to launch at the start of the holiday season, it’s likely that Retro Games Ltd. can rely on nostalgia alone to generate sales. Currently, buyers looking to secure a C64 Mini can preorder a unit for $69.99. Once it hits shelves, prices are expected to reach the $80.00 mark at retailers such as Best Buy, GameStop, and Amazon.