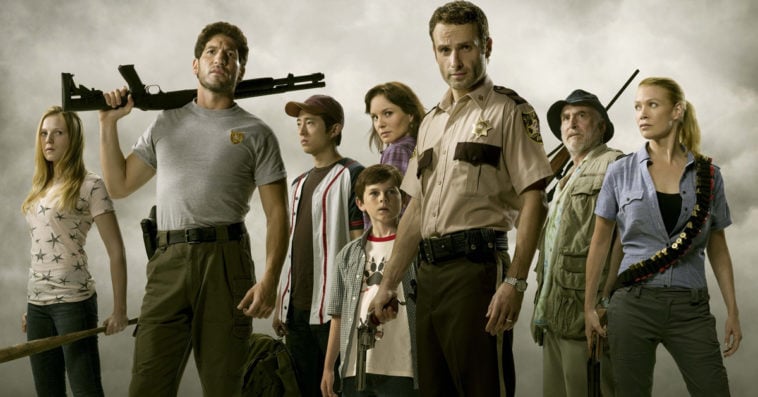 AMC is taking The Walking Dead fandom back to where it all started with a one-night marathon of the zombie drama’s freshman run.

Called The Walking Dead Season 1: Beginnings, the marathon will feature back-to-back airings of the show’s very first six episodes. Days Gone Bye, Guts, Tell It to the Frogs, Vatos, Wildfire, and TS-19 will air consecutively on Sunday, August 30th, beginning at 6 p.m. through 12:51 a.m. ET of the following day.

We're going back to where it all began… Watch #TWD Season 1: Beginnings next Sunday starting at 6/5c. pic.twitter.com/XdHTmn14zh

Developed by then-showrunner Frank Darabont, The Walking Dead’s first season follows sheriff’s deputy Rick Grimes (Andrew Lincoln) who wakes up from a coma only to discover that the world has been taken over by flesh-hungry corpses called “walkers.” After befriending Morgan Jones (Lennie James) and his son Duane (Adrian Kali Turner), Rick travels alone to Atlanta to find his wife Lori (Sarah Wayne Callies), his son Carl (Chandler Riggs), and his police partner and best friend, Shane Walsh (Jon Bernthal). Following a reunion with his family, Rick becomes the de facto leader of a group of survivors who protect each other not only from walkers but by also from other groups of survivors willing to use any means necessary just to stay alive.

Exactly a week after The Walking Dead Season 1: Beginnings, AMC will kick off a re-run of episodes 1-15 of The Walking Dead Season 10 in preparation for the long-delayed October release of episode 16. The first 10 episodes of the season will air as part of an encore marathon that will start on Saturday, September 6th at 11:57 a.m. through 11:10 p.m. The rest of the season, meanwhile, will be airing two episodes a night on Sundays starting with season 10, episode 11, Morning Star, on September 13th at 9 p.m.

Season 10, episode 16, titled A Certain Doom, will premiere on Sunday, October 4th at 9 p.m. The episode was originally the season finale, but showrunner Angela Kang revealed at the show’s Comic-Con@Home panel in July that the current season was being extended by six episodes, to air in early 2021.