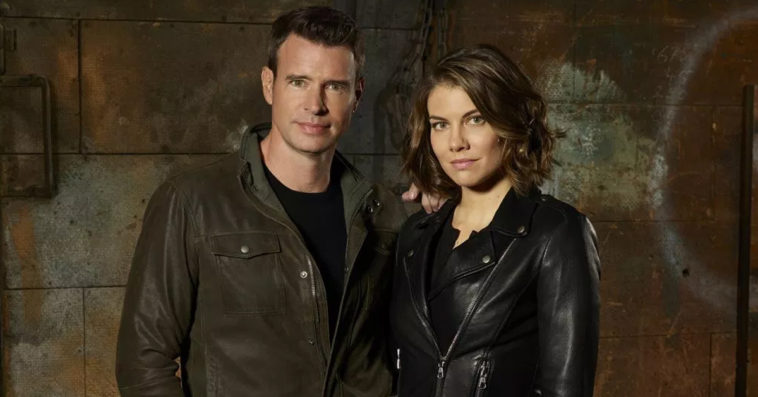 Whiskey Cavalier fans can rest now as their fight to keep the series alive following its May cancellation by ABC is now over.

On Sunday, series producer Bill Lawrence took to Twitter to declare that the spy action comedy, starring Scott Foley and Lauren Cohan in the lead roles, is dead and done.

#WhiskeyCavalier fans still fighting. We are SO grateful, truly, but the fight is over. Stages are gone, cast has returned to states. RIP ?

As expected, Lawrence’s announcement left fans heartbroken, with many of them still in denial that the show they tried to save for one and a half months is ultimately not coming back.

This is heartbreaking. This show & all involved deserved so much better. We would watch the show if it was filmed with an iPhone in someone’s basement, just so you know.

That’s how I feel. This stinks so bad. I thought for sure since WBTV liked the show & there’s a new streaming service coming there was a strong chance. I guess the show was too expensive or there was some other kind of contractual issue? I can’t believe @warnerbrostv just gave up

Some fans, meanwhile, have more questions than ever following Lawrence’s announcement.  For instance, since the first season of Whiskey Cavalier was shot in London, Paris, and in Prague, a number of the show’s followers are asking if it’s possible to shoot the series somewhere cheaper just to move forward with a second season.

??No chance at all of filming in the States? I was really hoping @warnerbrostv could find some compromise to let it continue. #SaveWhiskeyCavalier

this is heartbreaking to hear. we’ve been fighting so hard for the past month and a half. i just wanna know if it would ever be possible to revive it again and shoot somewhere else? we all love this show sm and don’t want to give up on it bc it’s too special. #SaveWhiskeyCavalier

Though sad with the show’s final fate, a few fans have already accepted it and are just waiting for the kissing scene clip between Will and Frankie that Lawrence promised to release if the show wouldn’t be picked up for Season 2.

Remember this tweet? We tweeted our hearts out for weeks! You both made us a promise. Please be the men of integrity we believe you both to be and deliver on your word. Thank you. @WhiskeyCav @DavidHemingson @scottkfoley @LaurenCohan @TheRealAnaOrtiz @thevirdas @TylerJamesWill pic.twitter.com/r76YFFG9Iq

I mean if this is truly the case (which is kind of shitty if you ask me), then we deserve to see the kiss and to know what happens like you PROMISED us, the fans, who never gave up on this show! #SaveWhiskeyCavalier

ABC cancelled Whiskey Cavalier on May 12th, four days after its 11th episode aired. Despite the cancellation, the network still broadcast the final two episodes of the show, officially ending its run on May 22nd.

READ  Has Pennyworth been canceled or renewed for Season 2?

“It was a tough decision, it was the last decision we made,” ABC Entertainment president Karey Burke explained when addressing the show’s cancellation during a Disney upfront press conference. “We thought we gave it a very strong launch in spring. But we lost audience. We felt the biggest opportunity was to try something new. We looked for other time slots but did not see a real opportunity to grow.”

With the show’s international sale appeal and the big investment Warner Bros. Television made in it, the studio reportedly shopped the series to other outlets and platforms for a sophomore season pickup. Apparently, producers were unsuccessful in finding a new home for the series.