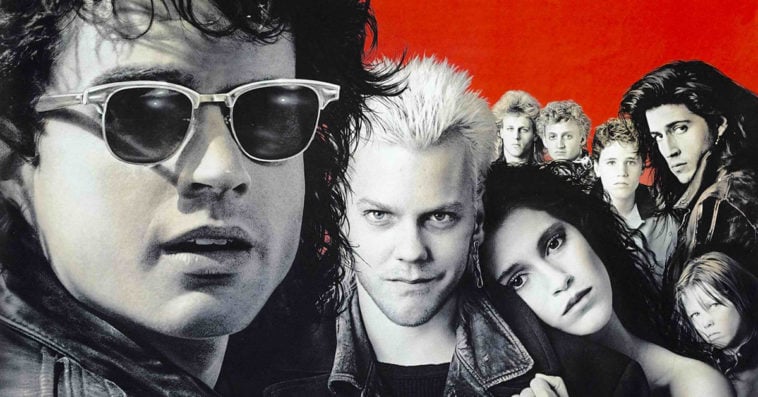 Though The CW didn’t pick up The Lost Boys pilot to series last May, the network requested for a retooling. And as part of that alteration, producing studio Warner Bros. TV dropped the entire cast of the pilot except for Medalion Rahimi and Dakota Shapiro, whose options were extended to co-star in a brand new pilot that is expected to begin production by the end of the year.

‘The Lost Boys’ Picks Up Options On 2 Actors For New Pilot, ‘Glamorous’ Not Going Forward At the CW https://t.co/nWK4HiDP5x pic.twitter.com/hvJUJlBEwN

Best known for playing Princess Isabella in the short-lived ABC Shonda Rhimes show Still Star-Crossed in 2017, Rahimi was cast as Stella in The Lost Boys pilot. Originally played by Jami Gertz in 1987 The Lost Boys movie, Stella is described as “carefree and Californian.” She has an immediate spark with Michael — played by Jason Patric in the film — but she’s not single. She’s in a relationship with the sexy, dangerous and immortal vampire David, and so she’ll have to choose sides: the living or the undead.

Shapiro, meanwhile, was cast as David, the character played by Kiefer Sutherland in the movie. Described as an “every inch a rock star” and the bad-boy leader of a vampire gang, David is madly in love with Stella, the only woman who can control him.

In addition to Rahimi and Shapiro, the original cast of The Lost Boys pilot included Tyler Posey, Kiele Sanchez, Cheyenne Haynes, and Haley Tju. The actors who will replace them are yet to be announced.

During the 2016-17 development season, The CW tapped iZombie’s Rob Thomas to conceive and write a Lost Boys series. The project didn’t go to pilot, but The CW remained interested in the title, so the network gave it another shot by ordering a pilot based on Heather Mitchell’s take. The CW reportedly loved Mitchell’s script, but not all elements in the pilot came together, so the network decided to re-pilot the project.

In the TV adaptation of The Lost Boys, brothers Michael and Sam Emerson, together with their mother Lucy, move to the quintessential beach town of Santa Carla after the sudden death of their father.  With hopes to start anew in the town where their mother grew up, the brothers soon find themselves being drawn deeper and deeper into the seductive world of Santa Carla’s eternally beautiful and youthful undead.

Mitchell will executive produce the new pilot with Thomas and Dan Etheridge of Spondoolie as well as Mike Karz and Bill Bindley of Gulfstream.