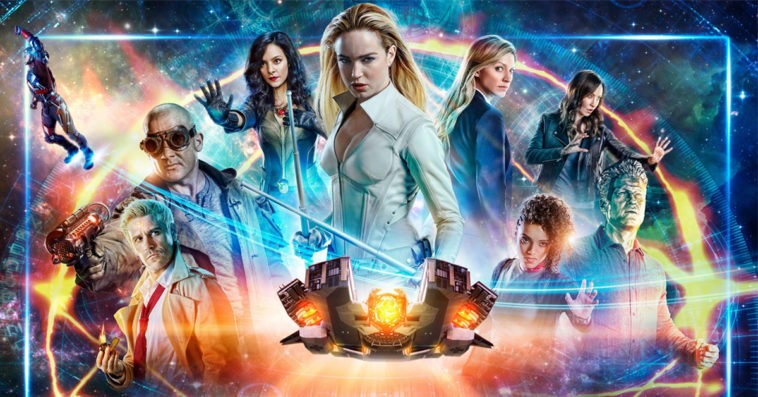 At the end of the Season 4 finale of Legends of Tomorrow, the Waverider crew rocketed to fame after publicly saving the world from the demon Neron. And since the Legends are not used to being popular, this change in status quo will result in a rather hilarious Season 5 opener.

In a recent interview with Entertainment Weekly, executive producer Grainne Godfree revealed that the first episode of the upcoming season is some sort of a mockumentary that sees the Legends dealing with their newfound fame.

Love this @philklemmer How" DC's Legends of Tomorrow" is living its best life as TV's superhero underdog https://t.co/pIQlbf9sxt

“If we become popular, are we going to lose our mojo?” wondered Godfree. “They’re famous for the first time and some of them are loving it. You have Sara (Caity Lotz), the stalwart captain who’s the most suspicious of this [and] is not into it.”

Godfree’s fellow executive producer Phil Klemmer added that he likes to tempt the Legends with fame because it’s a great way to show that they remain vulnerable despite everything that they have gone through since the first season.

“We’re interested in how fame affects people [in Season 5],” said Klemmer. “I really like the idea of tempting the Legends, that they’re still susceptible. Even though they sort of get over themselves after [the first episode,] I think you could always be tempted by the promise of getting to be a singular franchise-driving superhero.”

Aside from instantly becoming famous, the Legends also lost Zari (Tala Ashe) after defeating Neron in the Season 4 finale. Since Neron’s downfall resulted in the erasure of the dystopian future from whence she came, Zari disappeared from the Legends and was replaced by her brother Behrad Tarazi (Shayan Sobhian). Fans, however, have not seen the last of Zari, as Klemmer revealed that Season 5 will explore her relationship with her brother.

“That’s the one energy we’ve never had,” Klemmer said of Zari and Behrad’s sibling dynamic. “That seems like it’s going to be fun.”

Legends of Tomorrow Season 5 is expected to premiere on The CW in January 2020.