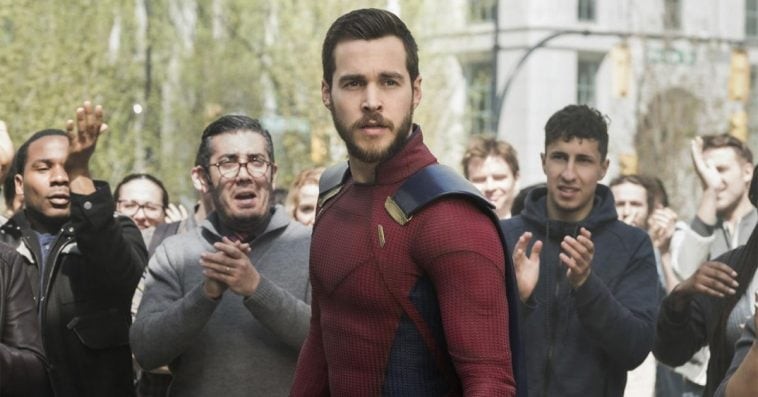 According to a new report by We Got This Covered, the Daxamite Prince-turned-Legion member is coming back to Supergirl.

Sources told the news outlet that Wood is set to reprise his role as Mon-El in the CW series. Though the network and producers of the show have yet to confirm the news, the scoop came from the same insiders that revealed that an Arrow spinoff starring Katherine McNamara was in the works, and that Kevin Conroy would be playing Kingdom Come Batman in Crisis on Infinite Earths, which both turned out to be true.

Though it’s unclear when exactly Mon-El will be back, sources claimed that Kara’s (Melissa Benoist) former boyfriend will definitely be seen on the show again.

Wood was a series regular in the second and third season of Supergirl, but it’s yet to be known if he’ll be back in the same capacity or just dropping by as a recurring or guest star.

After helping the Girl of Steel defeat Reign (Odette Annable) at the end of season 3, Mon-El went back to the 31st century with his fellow Legion of Super-Heroes member Imra (Amy Jackson) and their new recruit Winn (Jeremy Jordan). Since Jordan confirmed last July that he’ll be returning as Winn in the second half of season 5, it’s possible that his comeback will ultimately present a link to Mon-El’s own return to 21st century National City.

After the season 3 finale in June 2018, executive producer Robert Rovner revealed to TVLine that the plan for Wood “was always to have him on the show for two years.” But even though his character’s storyline already came to an end, Rovner said at the time that fans might still see the Prince of Daxam reappear in the show in future seasons. “We love working with Chris,” Rovner said. “So we’d love to have Mon-El back someday if the story takes us there and if Chris is available.”

Wood is also Benoist’s real-life husband, and since The CW’s Arrowverse likes to keep it in the family, it won’t be surprising if Mon-El really really makes a comeback to the show soon.