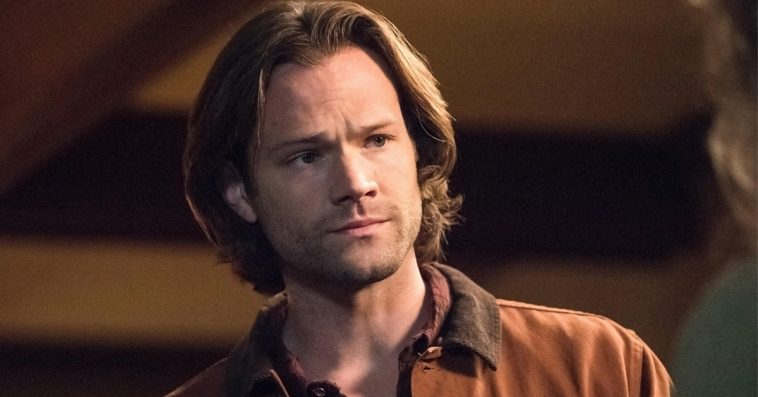 Padalecki, who plays the role of Sam Winchester in the long-running CW series, was arrested by cops outside the club called Stereotype. According to a report by TMZ, the Austin native is facing two counts of assault and one count of public intoxication.

Onlookers on the scene told TMZ that Padalecki allegedly struck a bartender in the face inside the establishment. In an attempt to calm Padalecki down, a friend took him outside the club. But a standoff between the two took place with the actor giving his pal a headlock.

Eyewitnesses also told TMZ that Padalecki got into a fight with the general manager of Stereotype, and allegedly hit him in the face as well. Ultimately, Padalecki was restrained by the police but not before pulling out and flashing what appeared to be a roll of cash to the officers.

One of the videos obtained by TMZ shows the alleged standoff between Padalecki and his friend outside the bar. Another clip, meanwhile, captures the moment Padalecki pulled out what seemed to be some cash from his pockets.

As expected, several Supernatural fans have sent their love for the actor since the news of his arrest broke.

@jarpad We love you. We're with you. We have your back in the good times and in the bad times, like family does. Be strong.
Please be OK.
Always Keep Fighting
We love you #SPNFamily

While some fans are simply concerned about how Padalecki’s doing after the incident, a number of loyal Padalecki fans are trying to defend the actor’s misbehavior.

hey, #spnfamily we are a family, so please don't start judging, speaking badly and offending @jarpad ! they turn voices and videos on this fantastic man! whatever happened jared is a human being like us! do not judge please!
Only love for jared Padalecki, always ! pic.twitter.com/GZ3h0BLM9o

I love Jared Padalecki with all my heart and soul. Nothing will ever ever change that. People make mistakes. I will not tolerate any Jared hate on my TL. If I see any overwhelming Jared hate on my TL YOU WILL BE BLOCKED and you can block me as well I don’t give a fuck

RT if you know Jared Padalecki is one of the kindest sweetest amazing human beings and nothing, especially not one stupid incident, will ever change that.

now that jared padalecki got arrested i feel like everyone is gonna hate on him but he was drunk and he made a mistake and true fans know that what he did last night wasn't like him at all.?

A few people on Twitter, meanwhile, are not really surprised by Padaleki’s recent brush with the law. And others don’t really think it’s that big of a deal.

did someone actually expect anything else from a middle aged man that yells at people on twitter to get things done? jared padalecki has Always been like that

So Jared Padalecki got arrested and the fans of supernatural are acting as if his life and career are over. He got drunk and in a fight guys. Chill. He's almost 40, not 17

I can't believe people are tweeting that they are disappointed in #JaredPadalecki for getting into a bar fight…??‍♀️ You're acting like he murdered someone.
The shit people get offended by in 2019 is ridiculous. You should come to London, it's a daily occurrence ??‍♀️

For some reason, there are also some Twitter users that see Padalecki’s arrest as something funny.

jared padalecki got arrested and tried to bribe the cops?!?!? pic.twitter.com/CMk8lDE2CB

me rushing to Austin to bail Jared Padalecki out of jail pic.twitter.com/opGoCxgHYT

Supernatural is currently in the middle of filming its fifteenth and final season, and it’s not clear whether Padalecki’s arrest would impact the production of the show.

Supernatural airs on Thursdays at 8 p.m. ET on The CW.