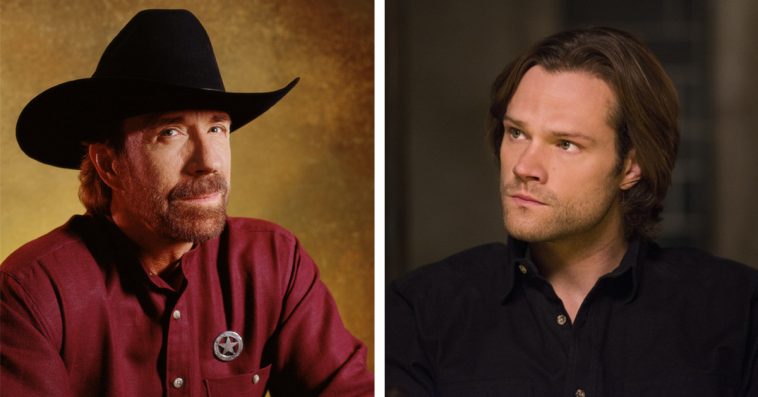 Though Supernatural is ending its 15-season run on The CW this season, it seems that its star Jared Padalecki is not leaving the network anytime soon.

The actor’s newest project, a Walker, Texas Ranger reboot, has just been picked up by The CW for development. It was reported last month that the remake was being shopped by CBS TV Studios to multiple networks, including CBS and The CW, which both emerged as leading contenders for the show. But now, the reboot is officially heading to the latter, which has been Padalecki’s home for almost 20 years.

Like the Chuck Norris-led original series that ran for eight seasons on CBS from 1993 to 2001, the remake will explore morality, family, and rediscovering humanity’s lost common ground. Believed to be a straight reboot in the vein of CBS’ Magnum PI and MacGyver, it will center on Cordell Walker (Padalecki), a man finding his way back to his family while investigating crime in Texas’ most elite unit.

After going undercover for two years for a high profile case, the broken widower and father of two will return to Austin and will find out that there’s even more work to be done at home. He will try to win back with his children, deal clashes with his conservative family, and find unexpected similarities with his new female partner, all while growing increasingly suspicious about the circumstances surrounding his wife’s death.

In addition to playing the lead role, Texas native Padalecki will also executive produce the reboot, along with Dan Lin (Lethal Weapon), Industry Entertainment’s Dan Spilo (Sunnyside), Rideback’s Lin and Lindsey Libertore, and Anna Fricke (Valor), who will also serve as one of the writers of the project. Industry Entertainment and Rideback will produce with CBS Studios.

Given Padalecki’s star power and the pedigree of the original series that actually spawned a follow-up TV movie in 2005, the reboot is considered a leading contender for The CW’s 2020-21 lineup, along with the recently announced female-led Arrowverse spinoff.