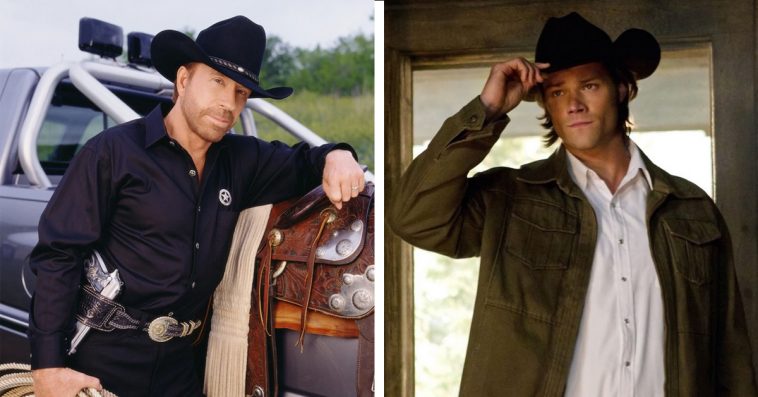 The long-running 1990s action crime series Walker, Texas Ranger is getting a reboot.

The project, which will star Supernatural actor Jared Padalecki, is reportedly being shopped by CBS TV Studios to multiple networks, with CBS and The CW being the top candidates. CBS aired the entire eight seasons of the original Walker, Texas Ranger series from 1993 to 2001, while The CW has been the home of Supernatural since it premiered in 2005.

Like the original series that starred Chuck Norris in the title role, the reboot will explore morality, family, and rediscovering humanity’s lost common ground. It will center on Cordell Walker (Padalecki), a man finding his way back to his family while investigating crime in Texas’ most elite unit. After going undercover for two years for a high profile case, the broken widower and father of two will return to Austin and will find out that there’s even more work to be done at home. With his new partner, one of the only women in the history of the Texas Rangers, Walker will face new challenges and serve as the kind of modern-day hero the world has been looking for.

In addition to playing the lead role, Texas native Padalecki will also executive produce the reboot, along with Dan Lin (Lethal Weapon), Industry Entertainment’s Dan Spilo (Sunnyside), Rideback’s Lin and Lindsey Libertore, and Anna Fricke (Valor), who also serves as one of the writers of the project. Industry Entertainment and Rideback will produce with CBS Studios.

Padalecki shared the Deadline story about the reboot on Twitter with a crossed fingers emoji, suggesting that he’s hoping nothing but the best for his potential next big project after Supernatural ends its 15-season run in the upcoming TV season.