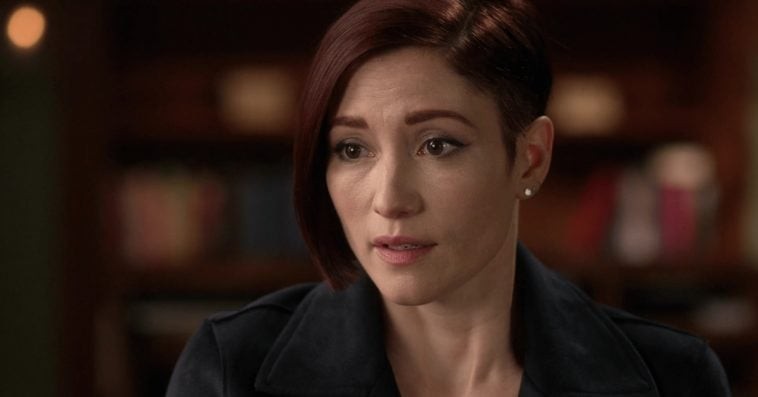 Chyler Leigh, who was diagnosed with bipolar disorder ten years ago, has partnered with the Be Vocal: Speak Up for Mental Health initiative to raise more awareness about mental health issues.

In a recent interview with Access, Leigh opened up about her diagnosis and revealed that it actually gave her a sense of relief despite the fears associated with it.

“I didn’t want people to see me a certain way and so I could tap dance really well and I could put on a happy face and doing what I do, I do get a lot of joy out of it but it wasn’t until now, it wasn’t until these recent years where I really feel like I’m stepping out as Chyler West as opposed to Chyler Leigh,” Leigh shared, explaining that the relief comes from the fact that she’s not alone.

“I know that there are so many people, millions of people [like me],” explained the actress who plays Alex Danvers on The CW’s Supergirl. “It’s like one in five adults struggle with a mental health issue or are living with it and are still dealing with how to kind of manage or even just seek help … There is a relief [in it] that I can kind of just go ‘okay’. It takes the weight off my shoulders.”

When asked what friends and family members should do when someone they know tells them that they’re experiencing some mental health issues, Leigh said that “the most important thing is just [to] listen.”

“Sometimes, someone just needs to be heard,” the actress continued. “And so if you are a friend or your family member, listen first and then speak, and then say ‘Hey, I’m willing to be on this journey with you I’m willing to take this with you.”

At the end of the interview, Leigh also said that opening up about her bipolar disorder makes her feel grateful that she can also be part of significant social conversations like most of her Supergirl co-stars.

“We’re all advocates for something and I think that’s really why I’m so proud of Supergirl,” Leigh said. “This is gonna sound so cheesy and so cliché but it is a bunch of superheroes in real life that we’re all working really hard to speak up about things that we’re passionate about … It’s been really cool.”

A partnership between six leading mental health advocacy organizations – the American Foundation for Suicide Prevention, Depression and Bipolar Support Alliance, The Jed Foundation, Mental Health America, the National Alliance on Mental Illness and the National Council for Behavioral Health, and Sunovion Pharmaceuticals Inc. – Be Vocal: Speak Up for Mental Health is an initiative encouraging people across America to use their voice in support of mental health.