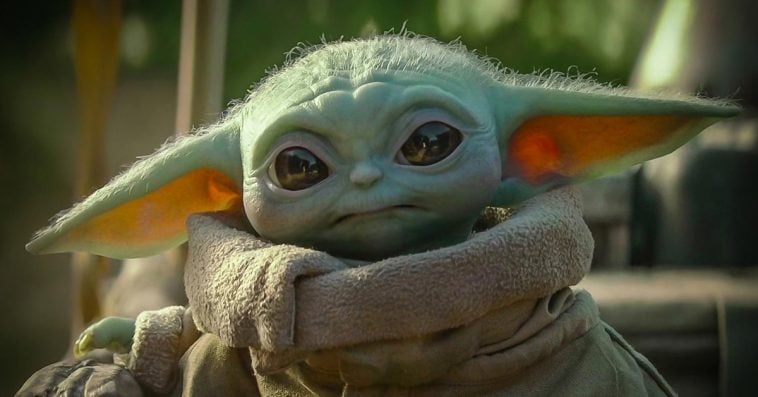 Jason Sudeikis has been feeling the wrath of The Mandalorian fans since his guest appearance in the season 1 finale of the Disney+ series.

In the season-ender’s cold open, Sudeikis and Adam Pally appeared as a pair of Stormtroopers that were about to turn over The Child, aka Baby Yoda, to the Imperial authorities headed by the Moff Gideon (Giancarlo Esposito). The scene started with the two waiting for permission to continue their mission. While they were on standby, Sudeikis’ irked Stormtrooper remorselessly punched Baby Yoda twice when the kid started to coo and move inside the bag he was stuffed into. Though Pally’s character also hit Baby Yoda once, most of the strong reactions from fans on Twitter are addressed to Sudeikis.

Dear Jason Sudeikis, if you hit Baby Yoda one more time, I will find you…. and destroy you… p.s. you're hilarious otherwise. pic.twitter.com/OYen7rSUz4

Me: *Watching the beginning of #TheMandalorian*

Me: Oh shit is that Jason Sudeikis as a stormtrooper?

Jason Sudeikis: This will be great for my career.

Two Seconds after the credits rolled.

Good evening to everyone but Jason Sudeikis and Adam Pally. #TheMandalorian pic.twitter.com/RxuyA6C6Qb

Even Sudeikis’ former comedy troupe The Second City sold him out, tweeting, “The Second City does not condone the punching of Baby Yoda by alumnus Jason Sudeikis. Please respect our privacy during this difficult time.”

Of course, The Second City, just like any other fan of the show, is just making fun of Sudeikis. After all, ribbing the Horrible Bosses actor for the unsettling yet funny scene is something that’s expected given Baby Yoda’s immense popularity.

Some fans, however, really took the good-natured teasing to the next level by editing the actor’s Wikipedia page, and by trying to roll the hate even further by reminding everyone that Sudeikis and Pally’s characters were also the ones responsible for the death of the beloved character, Kuiil (Nick Nolte).

Whoever changed Jason Sudeikis’ Wikipedia profile to call out his absolutely unacceptable Baby Yoda punching is a HERO. #TheMandalorian pic.twitter.com/wRGWjPoRhe

The internet's hating on Jason Sudeikis for punching the child, but what about Kuiil? If you're gonna throw him some hate, make sure it's for the right reasons. #TheMandalorian #justiceforKuiil

Both Sudeikis and Pally have yet to publicly comment on the matter, but some think that they don’t really need to, as both of their characters have seemingly met their demise after they were brutalized by IG-11 (Taika Waititi) who ultimately saved The Child from them.

Season 2 of The Mandalorian premieres on Disney+ in the fall of 2020.