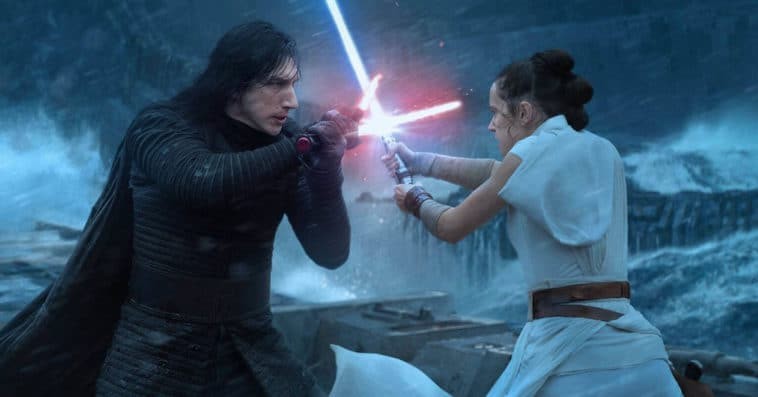 If you’re not a fan of the Star Wars sequel trilogy, then you’ll probably hope that this new rumor turns out to be true.

In a YouTube video released last week, pop culture critic that goes by the name Dicktor Van Doomcock claims that Disney is resetting the Star Wars franchise by erasing its sequel trilogy comprised of 2015’s The Force Awakens, 2017’s The Last Jedi, and 2019’s The Rise of Skywalker.

An attempt to save the epic space opera franchise, the reset will reportedly be done using a concept that was recently made canon in the Star Wars Rebels animated series.

“In the season 4, episode 13 installment titled A World Between Worlds, the concept of the Veil of The Force was introduced, a mystical dimension of The Force that connects all time and space,” explains Doomcock. “I have received confirmation from two additional sources claiming that this is spot on ― that indeed Lucasfilm realizes they have a massive problem on their hands, that the Star Wars franchise is all but dead, and despite Kathleen Kennedy’s hatred of this idea, Lucasfilm is preparing to render the Sequel Trilogy null and void.”

If the reset took place, The Force Awakens, The Last Jedi, and The Rise of Skywalker “will be removed from canon, isolated in their own alternate timeline and regarded as an Elseworlds-like installment under the label of Star Wars Legends,” according to Doomcock.

The reset will reportedly involve Palpatine, who had a room on the second Death Star called The Room of Mirrors. Created by Palpatine himself through the Dark Side using ancient Sith rituals, these mirrors are connected to the so-called Veil of The Force, which had served him a number of times. For instance, the Veil of The Force was said to be the reason why Palpatine survived after Darth Vader threw him down the shaft in the throne room of the Death Star. As he fell, Palpatine reportedly opened a portal to the Veil of The Force and entered it. But since he transported himself into the Veil without the aid of the mirrors, it drained him and damaged him severely. This explains why Palpatine was in a damaged state when he reappeared in The Rise of Skywalker.

Doomcock notes that Palpatine made a second set of mirrors on Exegol that allowed him to escape where he plotted the rise of the Empire. But if Palpatine wasn’t able to use the mirrors at that time, he would die in 1983’s Return of the Jedi as he was intended to, and there would basically no Star Wars sequel trilogy.

Doomcock also points out that the Veil of The Force is actually featured in The Rise of Skywalker during the scene where Rey confronts her Dark Side self. As seen in the clip below, the scene features some mirrors and Dark Side Rey even emerges from one of them.

While it appears that a reset is plausible, it isn’t set in place yet. As mentioned above, Lucasfilm president Kathleen Kennedy reportedly hates the idea so much that she’ll do everything to crush the plan. Kennedy’s opposition to the idea is quite understandable, because as Doomcock says, “[if] the plan comes to pass, everything that Kathleen Kennedy did with the Sequel Trilogy will be destroyed, tossed out and declared obsolete.”