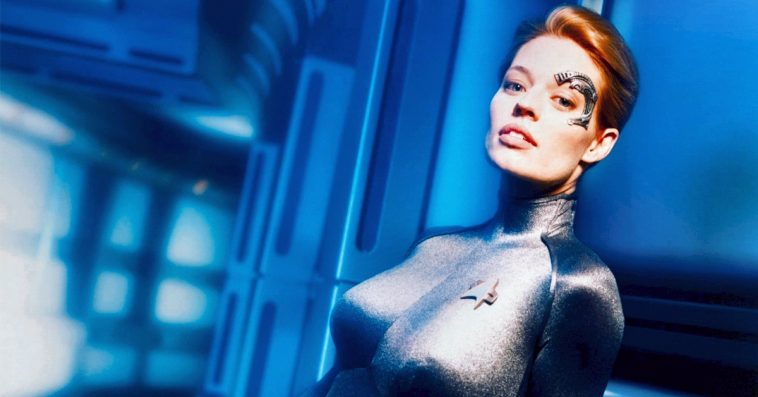 Exactly a month before Star Trek: Picard premieres on CBS All Access, the streaming service dropped a new teaser that puts the spotlight on Jeri Ryan’s Seven of Nine.

The 15-second clip features the former Borg drone looking more human than ever. Walking what appears to be a dessert-like terrain, Seven casually wields a phaser for protection.

While the teaser doesn’t give any hints at what fans can expect from her character in the upcoming series, Ryan previously admitted that finding her way back to Seven was hard at first.

“She was a very specific character for four years on [Star Trek] Voyager,” Ryan said at Star Trek Las Vegas of Seven, who made her debut appearance in the fourth season of Star Trek: Voyager. “There was a lot of growth, and all of that. She went from being a machine to learning to be human. But, particularly the way she moved and her voice, that was what I was really hung up on. Her voice didn’t change that much in four years. So, she had a stilted, very formal, very stylized way of speaking, at the end of Voyager. So, when I got the initial script [for Star Trek: Picard], … she is not the same Seven. She is much more human. She been on Earth for a long time, she has been through a lot. So, when I saw that initial script and as you saw ‘what the hell are you doing out here?’ It’s a very, very different voice. And that is what was freaking me out.”

Fortunately, Ryan got some helpful insight from her fellow Star Trek actor Johnathan Del Arco, who is reprising his Star Trek: The Next Generation role of Hugh the humanized Borg in Star Trek: Picard.

“I was literally freaking out,” Ryan recalled. “I was bursting into tears: ‘I don’t know what her voice is! I can’t find her.’ So, Johnny came over and we had lunch and read the script for like an hour and finally he just said after an hour: ‘just try this …  what if she had to make the choice to be as human as possible, to survive, to sound as human and act as human as possible.’…  And that’s all I needed.”