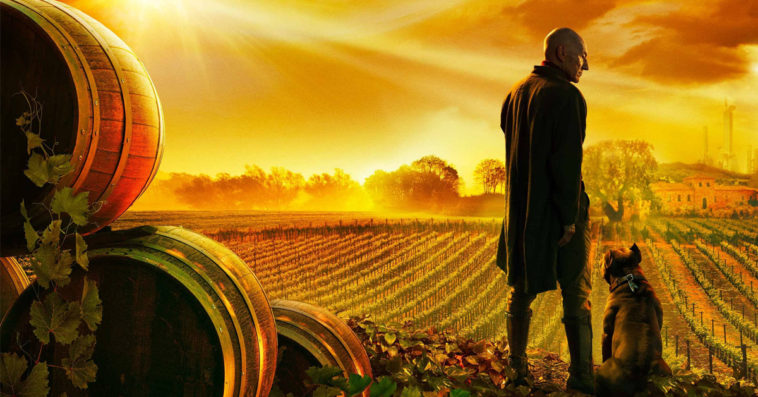 The old and new world of Star Trek will collide in Star Trek: Picard.

During her executive session at the Television Critics Association(TCA)  summer press tour on Thursday, Julie McNamara, executive vice president for original content at CBS All Access, said that the upcoming web series about Jean-Luc Picard is basically a combination of the latest Star Trek show, Star Trek: Discovery, and the classic Star Trek series, Star Trek: The Next Generation.

“I would say that it is in production, sort of size and scope, probably more similar to Discovery,” McNamara said (via Slash Film). “In terms of the characters and the nature of the storytelling, probably more like Next Generation. But of course, we’re a number of years later now so there are some shifts in the storytelling style but I think it’s a really nice hybrid of the two.”

'STAR TREK: PICARD' Is a "Hybrid" of 'STAR TREK: DISCOVERY' and 'STAR TREK: THE NEXT GENERATION' https://t.co/hbBcoPNJ7N pic.twitter.com/VKTuDSDGo9

Patrick Stewart’s Picard made his Star Trek debut in the first episode of Star Trek: The Next Generation in 1987. Picard was the lead character of that series, which ran for seven seasons until 1994. Though Star Trek: Picard executive producer Alex Kurtman wants to honor Picard’s origin in the upcoming series, Kurtman is also making sure that new show won’t just be a copy of its predecessor.

“And so, as we’re breaking story, we’re asking ourselves, ‘How do we live to the spirit, and to the character, and for the tone that Next Gen set, but also make it something very, very different in other ways?’ Kurtman said (via ComicBook.com) at the TCA winter press tour last February. “And Patrick was really clear with us from the beginning. He did not want to repeat what he had already done.”

READ  Has DC's Swamp Thing been canceled or renewed for Season 2?

Kurtman added: “It’s interesting, Patrick didn’t want to put handcuffs on us in any way by saying, ‘I don’t want to do this, and I don’t want to do that. He said, ‘I want you to have the freedom to explore this character from a new perspective, and I will always know in my gut if it feels like something he would or wouldn’t do.’ And that’s the conversation that we have as we’re building it scene to scene.”

Though Star Trek: Picard will focus on Picard and how deep the destruction of Romulus has affected him, the new series will also introduce new characters that Picard will be dealing with in a regular basis. Some of these characters are pilot Chris Rios (Santiago Cabrera), ex-intelligence officer Raffi Musiker (Michelle Hurd), Dr. Agnes Jurati (Alison Pill), Dahj (Isa Briones), and Romulan refugees Elnor (Evan Evagora) and Narek (Harry Treadaway).

The 10-episode first season of Star Trek: Picard will premiere on CBS All Access in early 2020.