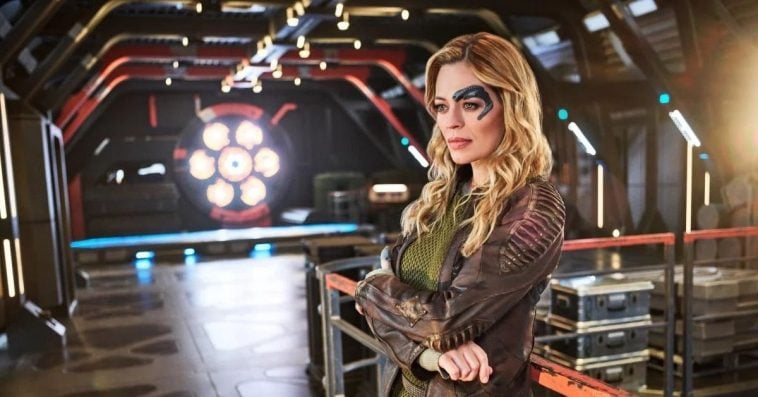 The Borg have not played a huge part in any Star Trek movies and series since Voyager, so when Ryan and Del Arco were asked how they think the Borg has changed 20 years after their last appearance in the franchise, both actors have had something interesting to say.

Del Arco agreed to Ryan, confirming that the Borg “have been through a lot.” Changes in the Borg, however, have started a long time ago, according to Del Arco. “You could say that 20 years ago we changed the Borg, in a way, because we became individuals,” the actor said, referring to Hugh and Seven of Nine’s liberation from the collective. “That sense of individuality that was introduced has had an effect throughout Borg-dom, the Borg kingdom as it were. [But] there are elements of the Borg that I assume remain intact, as we [still] know them, as a threat.”

Patrick Stewart, who plays the titular character Jean-Luc Picard, already did a storyline about the Borg during his time in Star Trek: The Next Generation. And since the veteran actor made himself very clear that he doesn’t want to repeat things he has already done before, series creators came up with a completely new take on the Borg.

READ  The 100 wraps filming on its series finale

“His constant refrain was: ‘I don’t want to do what I’ve already done,’” series co-creator Alex Kurtzman said of Stewart in an interview with Vanity Fair last November. “Obviously it’s not a secret that the Borg were involved, and his first instinct was not to do the Borg. He was like, ‘I did that story. I don’t want to do that story.’ And we couldn’t just say, ‘Yeah, but we loved you in it so much, we just want to do that again.’ And what ended up emerging was actually as a result of that back and forth, a very unique and very different Borg story. Definitely not one that you could have told in Next Generation. And certainly not what I think anyone’s expecting.”

Meanwhile, though Ryan’s Seven of Nine originated in Voyager, the actress said that there’s a very logical reason why her character would cross paths with Picard and his crew. “There’s a legitimate story/reason for this character to encounter these people and to be in this world,” teased the actress in the same interview with ComicBook.com.