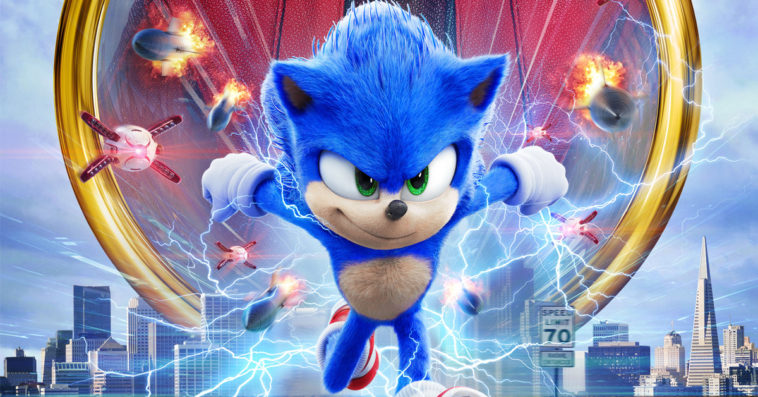 Despite its disappointing first trailer, Sonic the Hedgehog has topped the box office this weekend.

Based on Sega’s video game franchise of the same name, the Paramount film brought in an estimated $57 million domestically for its opening weekend, the biggest debut of any video game movie adaption ever. Sonic the Hedgehog’s record-breaking opening surpassed the $54.3 million debut of Pokémon: Detective Pikachu in May 2019.

The domestic opening of the Jeff Fowler-directed movie, which stars Ben Schwartz, Jim Carrey, James Marsden, and Tika Sumpter, among many others, was also higher than the $35 million to $45 million that analysts had projected. So far, Sonic the Hedgehog, which cost $85 million to make, has already grossed $100 million globally.

The film’s strong opening suggests that the decision to push back the movie’s release date has paid off.  Originally set to premiere in November 2019, Sonic the Hedgehog was delayed a couple of time to redesign the look of its titular character after fans balked at the protagonist’s creepy appearance in the movie’s now-infamous first trailer.

The trailer featuring Sonic’s redesigned look was favorably received by fans, with many praising Paramount and Fowler for making the necessary changes. “That admirable (and business savvy) decision to listen to the fans indeed paid huge dividends at the box-office this weekend and also shows the power of social media to affect artistic change,” Paul Dergarabedian, senior media analyst at Comscore, told CNBC.

Another factor that has likely helped boost the movie’s debut is the fact that it’s one of the few family films in theaters during the holiday weekend. And with many schools closed on Monday, Sonic the Hedgehog is expected to earn around $68 million for the full holiday weekend.

The second-highest turn at the box office this weekend went to Warner Bros.’ Birds of Prey, followed by Sony and Blumhouse’s Fantasy Island, Universal’s The Photograph, and Sony Picture’s Bad Boys for Life, respectively.