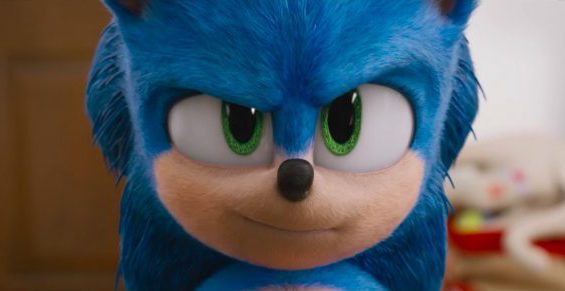 When the first trailer for the upcoming live-action Sonic the Hedgehog movie was initially released, to say that fans were displeased is an understatement. While much of what was shown off was impressive, there was one noticeable negative; Sonic’s design. Backlash from fans subsequently ensued, prompting Paramount Pictures to push back the release date for the movie so the CGI character could be re-worked.

Now, the redesign efforts are finally being unveiled, with a new Sonic the Hedgehog trailer showing off the changes that have been made. Needless to say, it’s a drastic improvement on the original design of the character. Sonic’s eyes have been made much bigger while his body comes across as much less stretched out than it did in the previous trailers. Sonic’s teeth – which audiences only briefly glimpsed in previous trailers – have also gotten a complete redesign. Overall, he’s a lot less scary this time around, and a lot more adorable, and more reminiscent of the Sonic we’ve all come to know and love from the video games.

Outside of Sonic’s redesign, the trailer doesn’t show off all that much about the upcoming movie. However, it does include some comedic glimpses of Jim Carrey playing Doctor Robotnik.

Sonic the Hedgehog is set to be released into theaters on February 14th, 2020.