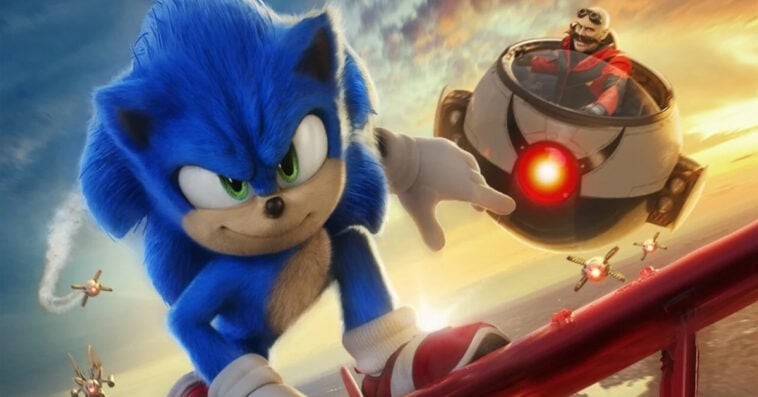 Sonic the Hedgehog has become one of Paramount Pictures most successful franchises in recent years and the studio is looking to continue cashing in on its popularity by further expanding the property’s universe.

Will there be a Sonic 3 movie?

Yes. There will be a Sonic the Hedgehog 3 movie. Just a week after the Sonic the Hedgehog 2 movie opened in U.S. theaters in February 2022, Paramount Pictures and Sega of America confirmed that a third installment in the film series is in development. The two companies also revealed at the time that a Knuckles spin-off miniseries is in the works.

Fast-forward to August 2022, the movie franchise took to social media to announce that the Sonic the Hedgehog 3 movie will hit theaters on December 20th, 2024.

The third installment is sticking to the franchise’s schedule of releasing a film every two years. But it is worth noting that the first two Sonic movies ran in North American theaters during the spring, while the upcoming flick will be having its theatrical release during the holiday season.

Polygon reported that this change in schedule is a “gesture of confidence” from Paramount Pictures, which was apparently pleased with the commercial success of the Sonic the Hedgehog 2 movie. Released in April 2022, Sonic 2 grossed $402.2 million at the worldwide box office, surpassing its predecessor, 2020’s Sonic the Hedgehog, to become the highest-grossing video game film in the U.S.

According to ComicBook.com, Paramount Pictures had initially planned to release a Smurfs animated in December 2024. But after giving that spot to the Sonic the Hedgehog 3 movie, the studio has moved the Smurfs movie to February 2025.

Who is going to be in Sonic the Hedgehog 3?

While Paramount Pictures has yet to officially announce the cast of the Sonic the Hedgehog 3 movie, Ben Schwartz is expected to return as the voice of the titular character. Colleen O’Shaughnessey and Idris Elba, who made their debut appearances in the franchise in Sonic 2, are also expected to reprise their voice roles as Tails and Knuckles, respectively.

James Marsden and Tika Sumpter, who have both appeared in the franchise as Sonic’s “parents,” are among the live-action cast members that are expected to come back for the third movie. Unfortunately for Jim Carrey fans, there’s a possibility that the actor won’t be back as Doctor Robotnik in the new sequel.

Carrey told Access Hollywood earlier this year that he was “fairly serious” about retiring from acting after appearing in Sonic 2. “I really like my quiet life, and I really like putting paint on canvas,” he said at the time. “And I really love my spiritual life. And I feel like, and this is something you might never hear another celebrity say as long as time exists, I have enough. I’ve done enough. I am enough.”

But Carrey, who has taken extended breaks from acting before, did say that he would consider returning to the limelight for “some sort of script that’s written in gold ink that says to me that it’s going to be really important for people to see.” While this doesn’t sound like a script for a video game-based movie, it’s safe to assume that Paramount will be willing to shell out a huge amount of money to persuade Carrey to reprise his villainous role for the Sonic the Hedgehog 3 movie.

Franchise producers Neal H. Moritz and Toby Ascher told IGN in April 2022 that they “wouldn’t even try” to recast Robotnik with another actor if Carrey followed through with his retirement plans. They, however, remained hopeful that they could develop a script good enough for him to continue the role.

“Jim Carrey is always a member of the Sonic family and he’ll always have a place in these movies and TV shows as long as he’d like to be around,” they said.