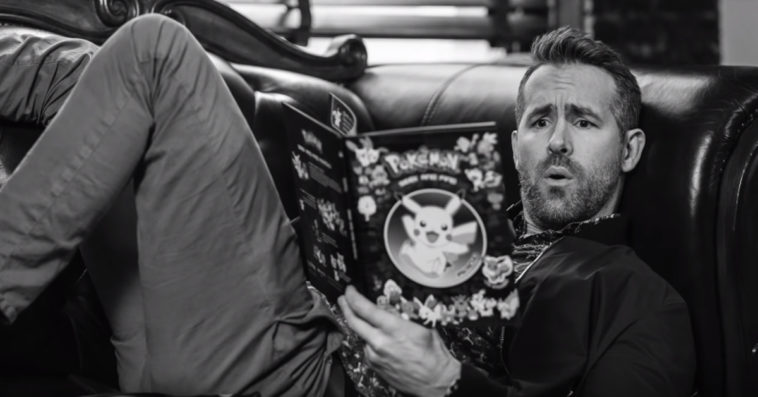 Ryan Reynolds wants us to believe that he went full-on method acting for his role in the upcoming film Pokémon: Detective Pikachu.

In a new video parodying Inside the Actors Studio, Reynolds says that he spent the entire last year living and breathing Detective Pikachu, as bringing the beloved Pokémon character to the big screen is a privilege that he doesn’t take lightly. “Every second of my energy is spent making this character come alive with the same exacting standards that the most discerning fans would have come to expect,” the 42-year-old actor says.

Case in point, Reynolds didn’t pick up her daughters from school on the day he was cast in the role, claiming that he went full-on method acting as soon as he heard the news. “I didn’t show up at school because Detective Pikachu, he doesn’t know who those two little girls are,” the Deadpool actor says of his two children with wife Blake Lively: Inez and James.

Reynolds goes on to say that he completely immerse himself into the world of Detective Pikachu by reading about him, living at his height and even trying to lose 180 pounds just to match the character’s weight until doctors intervened.

However, Lively, who also appears in the parody video, is clearly unimpressed by everything his husband is saying and even mocks Reynolds’ performance in his new film. “I mean he didn’t even change his voice. It just sounds like him,” the Gossip Girl star points out.

And when Reynolds shares his confidence that her daughters will come and see Pokémon: Detective Pikachu this summer, Lively laughs before revealing that they’re not going.

For some reason, Tim is able to understand Detective Pikachu, and they reluctantly team up to find Harry and uncover the mystery surrounding his disappearance. But while doing so, the new partners discover a devious plot that poses a threat to the Pokémon universe.