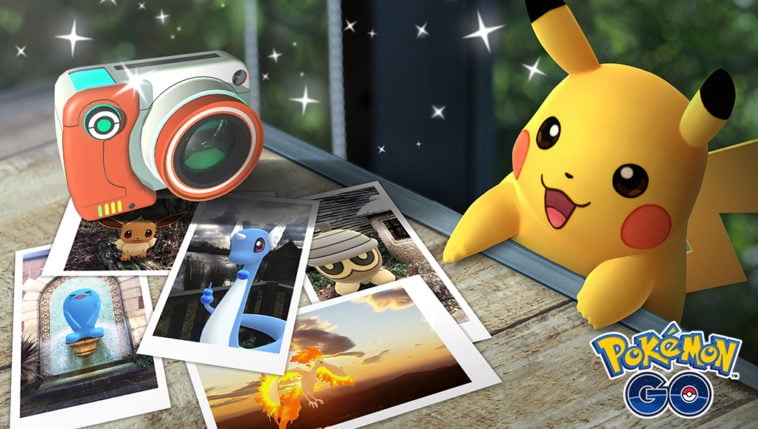 The makers of Pokémon Go are rolling out a new AR-based photo feature called Go snapshot. Building upon the games existing AR+ feature, Go snapshot will allow players to take pics of any Pokémon in their storage.

With the new update, players simply select a character from their bag and will be presented the option to snap a pic. According to The Verge, “to get a Pokémon where you want it, you toss a pokéball in that spot, and it’ll appear, at scale.” And in the event your little monster buddy is distracted (or not facing the camera) you can give ‘em a poke to focus in on you.

Per game designer Laura Warner, the feature “has been in the works for a while.” Taking full advantage of more robust augmented reality frameworks for iOS and Android, the studio says the update will also boast more advanced animations and shadowing techniques, which will make for realistic looking photos.

After a pic is snapped, the image is saved to your phone’s camera roll, making your captures easily shareable. While a specific date wasn’t mentioned, Niantic says we can expect to see the update arrive for Android and Apple devices “soon”.