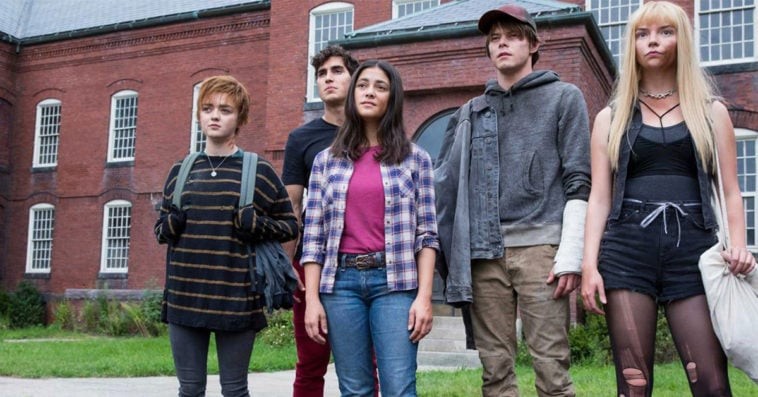 After being delayed for more than two years, The New Mutants has finally opened in theaters last Friday. While the X-Men movie isn’t expected to become a blockbuster hit given the COVID-19 pandemic, the poor reviews of the film isn’t helping it to attract more viewers.

On review aggregator Rotten Tomatoes, the movie currently holds an approval rating of 33% based on 49 reviews. On Metacritic, the film has a weighted average score of 45 out of 100, based on 10 critics, indicating “mixed or average reviews.” Though such ratings are pretty normal for horror films like The New Mutants, Maisie Williams ― one of the stars of the movie ― doesn’t seem to agree with Forbes’ contributing writer Scott Mendelson when he called the 20th Century Studios film “the worst X-Men movie ever.”

In the body of his article, Mendelson also described The New Mutants “a miserable motion picture” and “a monotonous, redundant and irrelevant fantasy flick that fails to commit to being a teen melodrama, a YA fantasy or a horror movie, instead offering half-assed components of all three.” Mendelson even ended his review on a rather harsh note, writing, “The New Mutants is like watching a lousy TV pilot for a show that you know didn’t get picked up.”

Apparently, Williams noticed Mendelson’s review of the film and retweeted a link to it with a classy reaction. “Sounds like a must see! Get your tickets now,” the Game of Thrones alum wrote.

Williams’ tweet quickly went viral, earning over 84,000 likes, 11,500 retweets, and 1,500 comments as of writing. Unsurprisingly, reactions to the actress’ post are divided.

Some fans think that that there are other X-Men movies that are worse than The New Mutants. Others commented that critic reviews should be taken with a grain of salt as everyone has their own taste when it comes to movies.

Nah, Dark phoenix, apocalypse and Wolverine origin are worse than New mutant. It is not the best but you have a great moment, the most important thing for a mobile.

Fuck them. It’s so different from any of Fox’s X-Men movies.
So good.

?? This is why I never listen to critics, I’d rather just go in with a blank mind. Good reply from her tho LMFAO

Yeah I think critics are useless tbh. Everyone has a different opinion so I hate it when they absolutely slate a film

If critics hate this it’s got to be a must see. Never trust those clowns to review anything sci-fi.

We must judge films on our own. Critics should not do our thinking for us. The New Mutants looks like another great @20thcentury film. pic.twitter.com/Mgd4nDIBzz

Unfortunately for Williams and the rest of the movie’s cast and crew, there are also a number of people who believe that the movie should be snubbed mostly because of its blatant white-washing. Even Bob McLeod, the comic book artist who co-created the New Mutants with writer Chris Claremont, revealed that he was disappointed by how the looks of the characters were changed in the movie.

Sounds like a problematic pass for now def not worth risking corona for pic.twitter.com/NjYJq6eafO

Why should i when the filmmakers couldn’t even be bothered in the 3 years it sat on a shelf to spell co-creator Bob McLeod’s name correctly. I’m more surprised it managed to even come out.pic.twitter.com/6tXodgfCRh

Lastly, some fans couldn’t care less about The New Mutants and are just waiting for Disney to reboot the X-Men franchise as part of the Marvel Cinematic Universe.

Hopefully Disney and the MCU do the X Men justice

Directed by Josh Boone, The New Mutants follows five young mutants ― Rahne Sinclair (Williams), Illyana Rasputin (Anya Taylor-Joy), Sam Guthrie (Charlie Heaton), Dani Moonstar (Blu Hunt), and Bobby da Costa (Henry Zaga) ― as they try to discover the full potential of their abilities, escape their pasts, and save themselves while being held in a secret facility against their will.