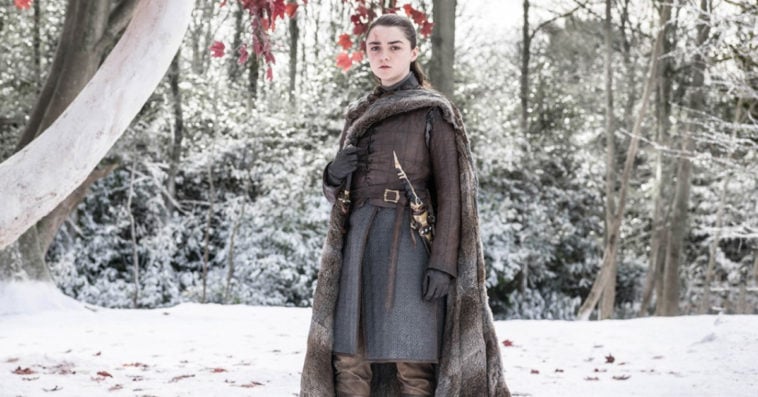 Game of Thrones baby names are on the rise.

According to new data released by Social Security Administration on May 10th, more parents are giving Game of Thrones character names to their children. Not taking the Jons (Kit Harington) and the Jaimes (Nikolaj Coster-Waldau) into account, more than 4,500 newborns received Game of Thrones character names in 2018, up from the 3,800 in 2017 and the 3,200 in 2016. If you find those numbers small, please note that those are out 3.8 million babies, given more than 29,000 distinct names, who were born in the US in 2018.

The most popular Game of Thrones baby name in 2018 is Arya, the youngest daughter of Ned and Catelyn Stark played by Maisie Williams on the hit HBO series. The name Arya is the 119th most popular name for baby girls in 2018, with a whopping 2,545 infants sharing a name with the Night King’s slayer.

Arya has been among the top 1,000 names for girls since 2010. That year, Arya held the 942nd place, but the name has climbed up the rankings since the show debuted in 2011. An alternative spelling of the name, Aria, also rose in popularity. It got the 19th spot in 2018.

The second most popular Game of Thrones baby name is Khaleesi. One of the many titles of Emilia Clarke’s Daenerys, the term Khaleesi loosely translates into the word queen in the fictional language of the Dothraki, a fierce horse-riding warrior tribe that Daenerys comes to rule.

Ranking 549th in the list of most popular names for baby girls in 2018, Khaleesi is now a more popular name than Gloria, Anne, or Julie, as pointed out by Bloomberg editor Nick Turner in a tweet.

Khaleesi made into the top 1,000 names for newborn girls for the first time in 2014. Since then, it has steadily grown in popularity, with 560 baby girls being given the said name last year.

In addition to Arya and Khaleesi, the name Yara is also included in 2018’s top 1000 names for girls, ranking 672nd in the list to be exact. Portrayed by Gemma Whelan, Yara is the Queen of the Iron Islands and the older sister of Theon (Alfie Allen).

While more parents are naming their children after the show’s strong female characters, names of male Game of Thrones characters are becoming less popular among parents. For instance, the name Jon (Kit Harington), decreased in popularity over the last 20 years, falling from 354th place in 2000 to 754th in 2018.

The list below shows the number of children born in 2018 with Game of Thrones character names.

The Social Security Administration only publishes data on names given to five or more babies in a given year, so it’s possible that there are few babies born in 2018 who were given the name Hodor (Kristian Nairn), Joffrey (Jack Gleeson) or Ramsay (Iwan Rheon).