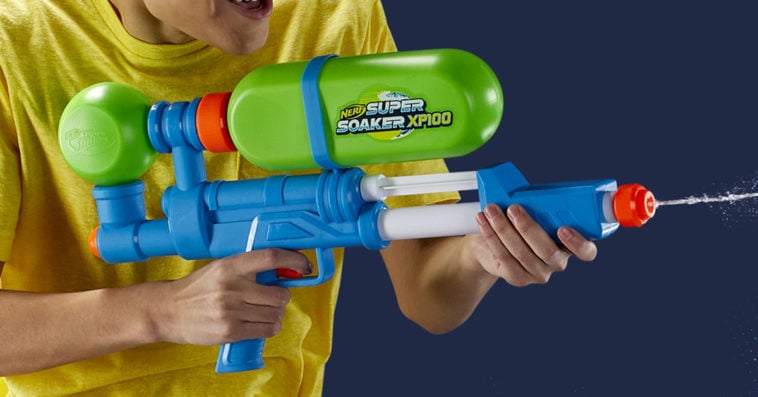 Set to hit the shelves this spring, these new water guns are called Super Soaker XP100, Super Soaker XP30, and Super Soaker X20. Though they aren’t exact copies of the originals, their bright retro colors and classic styling make them look close enough to their predecessors, invoking nostalgia among longtime Nerf fans.

Aside from minimal changes to the design, the new Super Soakers are also expected to be more durable than the originals, which had a reputation for breaking, especially when their plastics got brittle after being left out in the sun for a long period time.

The new Super Soakers feature the original air-pressurized water launching mechanism that NASA engineer Lonnie Johnson accidentally invented in 1982. After filling the Super Soaker’s removable tank, users have to pump the handle to pressurize the tank, before pulling the trigger to unleash a continuous, air-powered blast of water.

If Super Soakers aren’t your thing, Nerf has recently launched an epic line of blasters based on the highly anticipated video game, Halo Infinite.