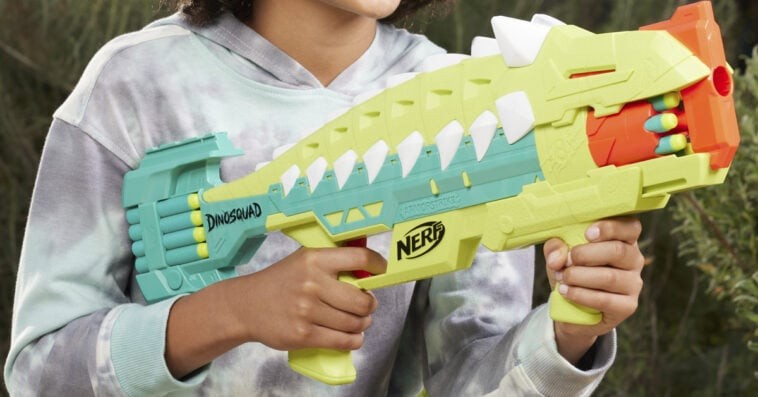 Hasbro has a new addition to its Nerf DinoSquad lineup, and just like the previously released blasters and Super Soakers under this series, the latest member of the arsenal features a design inspired by a group of dinosaurs. 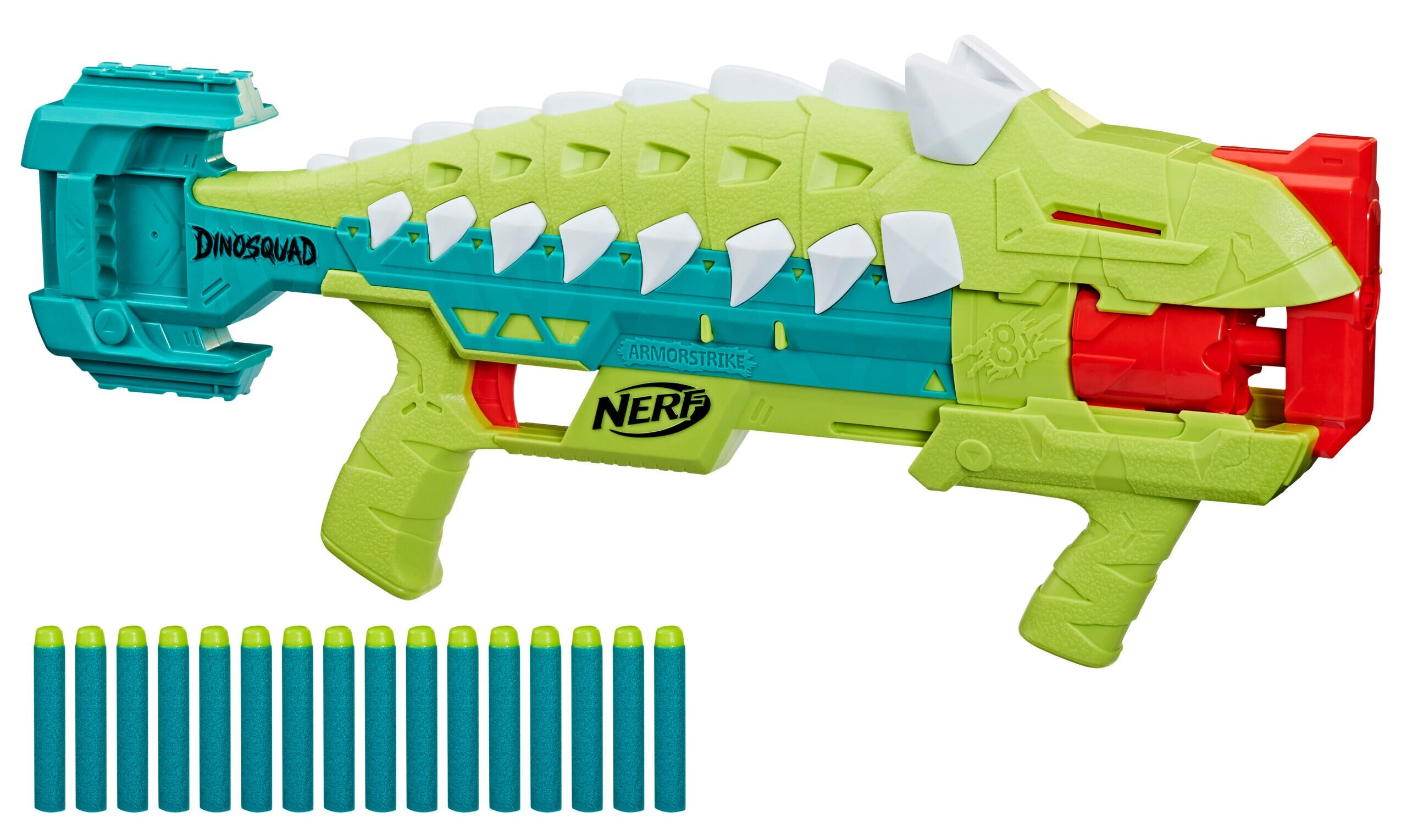 Officially released earlier this month, the Nerf DinoSquad Armorstrike is a pump-action blaster that launches eight Nerf Elite foam darts in a row from its rotating eight-dart drum.

Packed with plenty of dino-power, Armorstrike comes with 16 Nerf Elite foam darts, giving you eight darts to fully load the drum and eight backup darts to store on the blaster’s onboard dart storage.

To play, load the drum, move the drop grip backward and forward to prime the blaster, and pull the trigger to unleash one dart. You can also take advantage of the blaster’s below-the-barrel design to steady your aim.

Based on a genus of armored dinosaurs called Ankylosaurus, Armorstrike has two tactical rails built atop and on the bottom of the stock, making it the first DinoSquad blaster to feature tactical rails.

The Nerf DinoSquad Armorstrike is now available on Amazon for $31.49. Nerf DinoSquad Armorstrike is a pump-action blaster that launches eight Nerf Elite foam darts in a row from its rotating eight-dart drum.

What are the other blasters in the Nerf DinoSquad line?

The Nerf DinoSquad series launched last spring with three blasters and one Super Soaker. The line’s original blasters are Tricera-Blast, Stego-Smash, and Rex-Rampage, while the line’s first Super Soaker is called Dino-Soak.

In addition to Armorstrike, Hasbro also released the DinoSquad blaster Raptor-Slash earlier this month. Though it hasn’t been officially launched yet, the blaster is now available for purchase on Amazon.