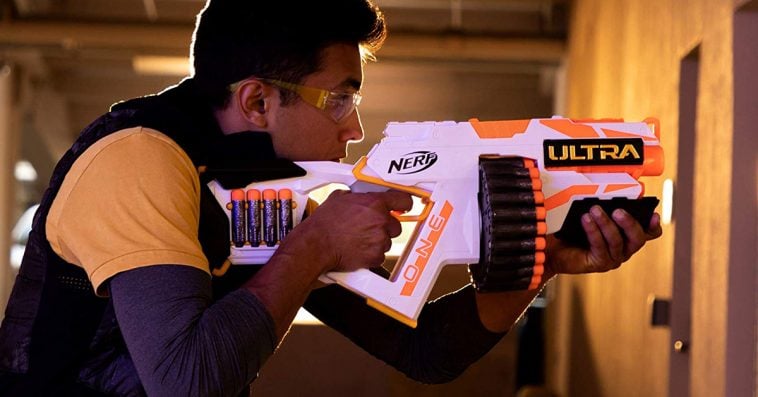 Considered as the next evolution of the Nerf brand, Nerf Ultra features cutting edge technology, enhanced blaster action, and a brand new dart that can fly through the air up to 120 feet (36 meters). 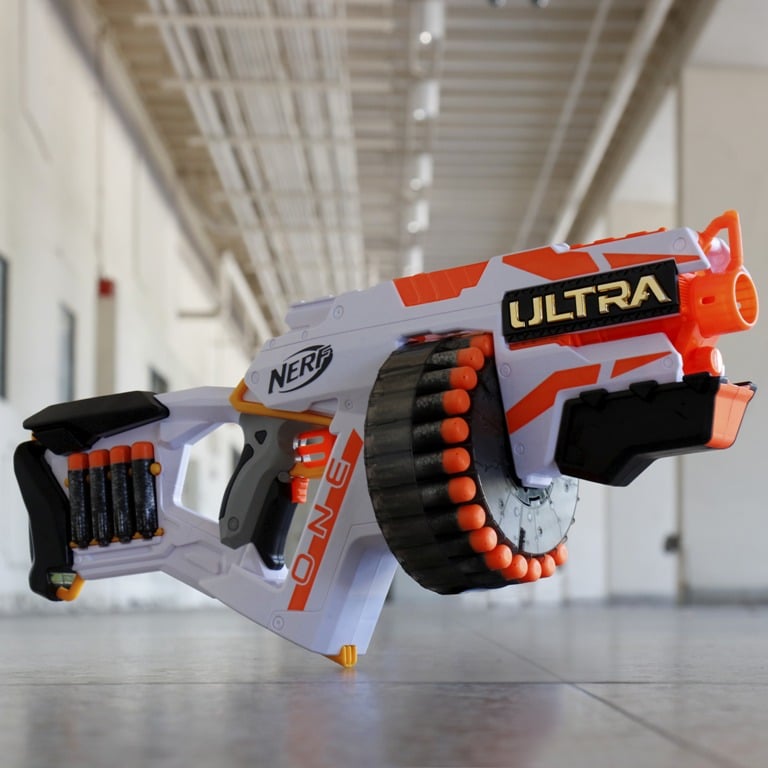 Nerf Ultra launched with Nerf Ultra One Blaster, which is now the gold standard in Nerf dart blasting. Designed with advanced features, this motorized blaster takes the distance, accuracy, and speed of dart blasting to the next level.

It is equipped with a high-capacity drum that holds up to 25 Nerf Ultra darts that are only compatible with Nerf Ultra blasters. The Nerf Ultra One Blaster comes with 25 of these groundbreaking darts that feature innovative flight tips, all-new Aerofin technology, and lightweight Nerf Ultra foam, which make them fly through the air farther than regular Nerf darts. The blaster, which requires 4 C alkaline batteries, also includes on-board dart storage for quick reloading.

The Nerf Ultra One Blaster will be available at most major toy retailers nationwide on October 1st for the price of $49.99. In the U.S., the blaster is now available for pre-order at Walmart, Target, Amazon and many other retailers. Meanwhile, pre-sale in Canada will be coming to Amazon.ca later this week.

In addition to the Nerf Ultra One Blaster, the previously unveiled retail exclusives for the Nerf Fortnite collection will also be available at select stores on October 1st. These retail exclusives include targeting sets, motorized blasters, and even a replica of the harvesting tool used by The Reaper in the popular online game.