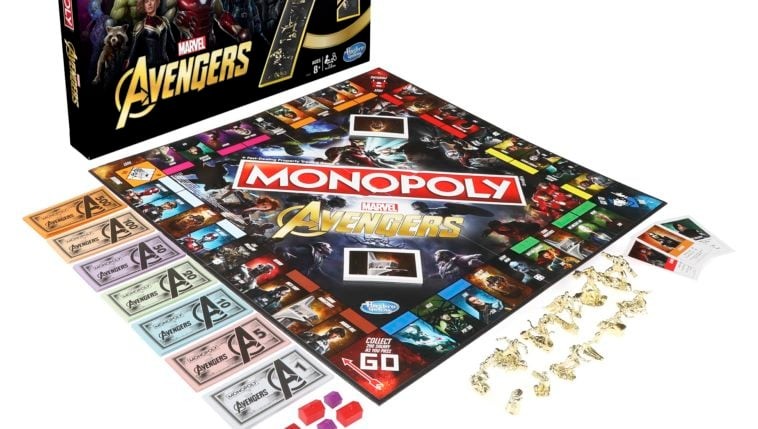 Much to the delight of Marvel fans across the globe, we’re just days away from the premiere of Avengers: Endgame. But while the upcoming premiere is set to be this week’s main attraction, super fans can let the good times continue to roll thanks to the good people at Hasbro. We’ve learned that the American toymaker is launching a new Avengers-themed version of Monopoly timed to coincide with the official movie release.

Players can choose to play as Iron Man, Captain America, Thor, Hulk, Marvel’s Black Widow, Hawkeye, War Machine, Ant-Man, Nebula, Rocket, Captain Marvel, and the Infinity Gauntlet. But unlike the traditional version, where the goal is to force your opponents into bankruptcy by way of savvy (and often cut-throat) real-estate transactions, the Avengers version involves recruiting superheroes like Nick Fury, Maria Hill, Hero Iron Spider, and others.

According to Hasbro, “in the Monopoly: Marvel Avengers Edition board game, players travel around the board drafting as many Marvel Avengers heroes as they can. The more heroes a player drafts, the more money they can collect, and the more powerful they’ll be.”

Whether you’re just an Avengers fan, Monopoly fan, or both, the new rule changes are certainly intriguing, to say the least. In addition, the Avengers-themed game is expected to cover major storylines we’ve seen in the Avenger’s films, however, it’s unclear whether it includes events from Endgame. But considering how worried the Russo Brothers have been about spoilers, it wouldn’t surprise us if they refused to tell Hasbro enough details to incorporate into the game.