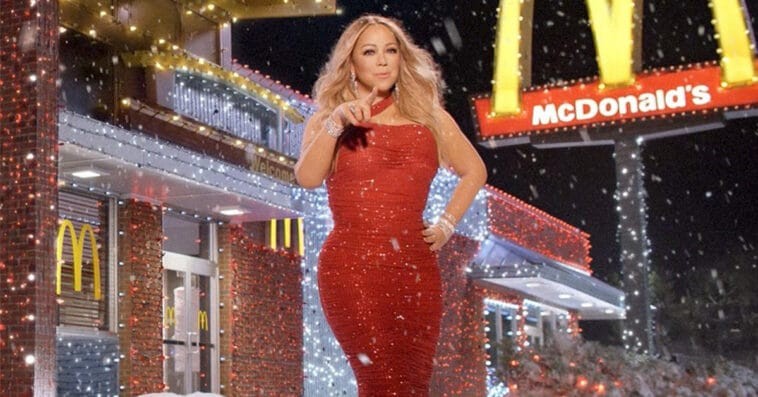 First announced last November, the Mariah Menu is McDonald’s latest collaboration with a celebrity for its Famous Orders campaign. But unlike the chain’s previous partnerships for the campaign with Saweetie, BTS, J Balvin, and Travis Scott, the Mariah Menu ― as its name says ― is an entire menu, not just a meal. Moreover, the Mariah Menu is all about giving back, offering 12 days of different free goodies for customers who spend $1 or more on the McDonald’s app.

For the first day of the promotion, Carey and McDonald’s are giving away Bic Mac. Other freebies to be offered in the succeeding days include McChicken, Chicken McNuggets, the classic cheeseburger, soft-baked chocolate chip cookies, and the chain’s signature baked apple pie. 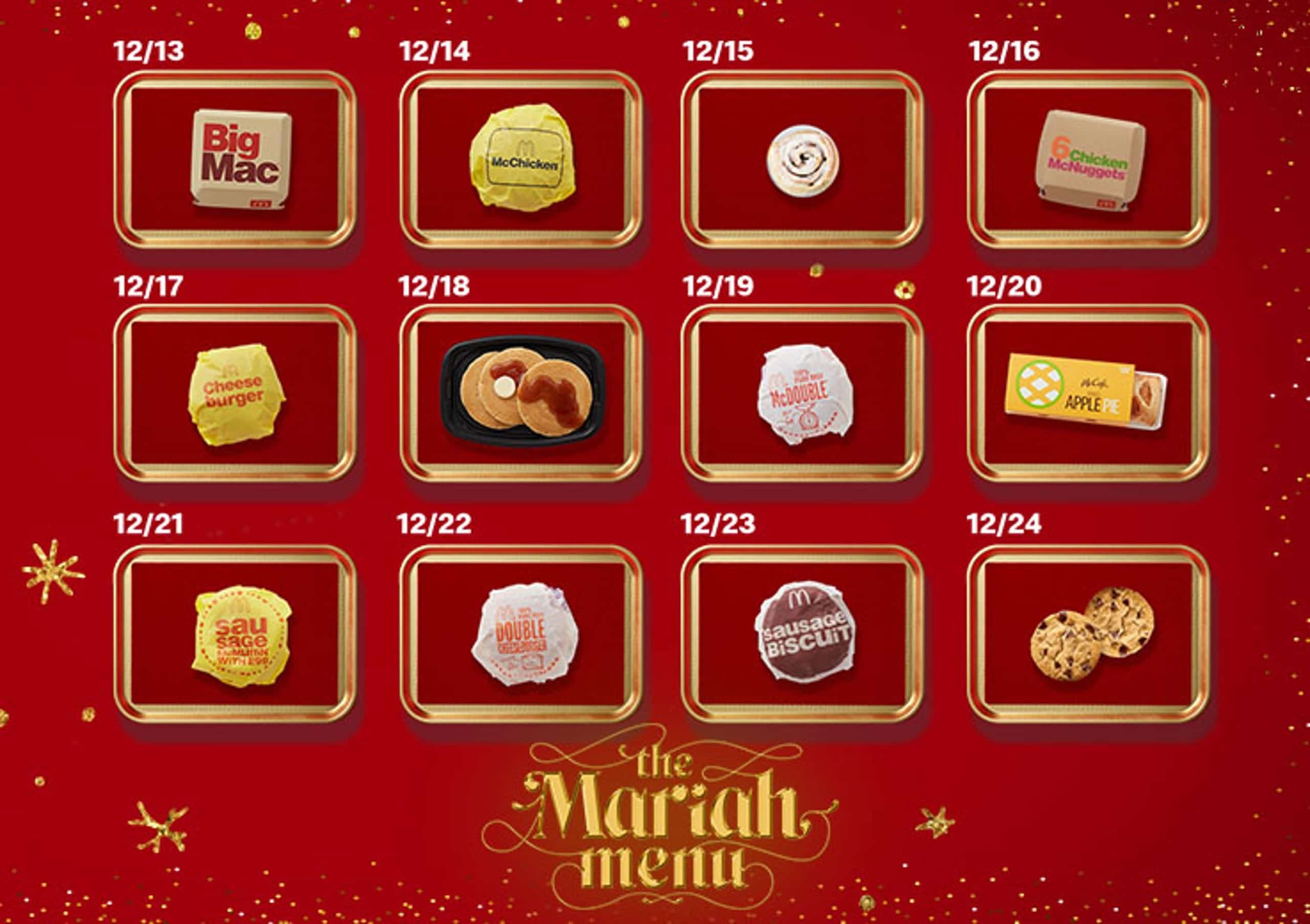 To kick things off earlier today, McDonald’s official Twitter account tweeted, “If @MariahCarey retweets this everyone gets a free Big Mac.” The Grammy-winning recording artist quickly followed suit, retweeting the message along with the comment, “You’re welcome.”

That Twitter interaction formally unlocked the deal, which customers can avail once today at participating McDonald’s restaurants nationwide. They will get “two all-beef patties, special sauce, lettuce, cheese, pickles, onions on a sesame seed bun,” as Carey sang in a TikTok video, covering the iconic Big Mac jingle.

To promote the Mariah Menu, McDonald’s dropped a new commercial that merges McDonald’s and Carey’s worlds to the sound of the singer’s iconic holiday song All I Want for Christmas Is You.

“Some of my favorite memories with my kids are our family trips to McDonald’s, and of course, each of us has our go-to order,” Carey said in a press release last November. “Bringing together some of our favorite food from McDonald’s with my all-time favorite season is a holiday wish come true.”

McDonald’s has also given their bags a new design to match the Mariah Menu. “We have worked with Mariah to create a design we know the Lambily and McDonald’s fans will love,” the chain said in the press release. “You’ll know the bags when you see them… just like you know her famed holiday jingle from the song’s first notes.”

As part of McDonald’s and Carey’s collab, the chain is also releasing a limited-edition line of Carey-themed merchandise, which includes a stylish black knit beanie with Carey’s signature embroidered on it in gold writing and a short-sleeve black t-shirt. The shirt features a throwback photo of Carey enjoying her go-to McDonald’s order: a cheeseburger with extra pickles.

To redeem each deal on the Mariah Menu, simply download the McDonald’s app and visit the deals section to add the deal of the day to your order. The promotion will run through December 24th.