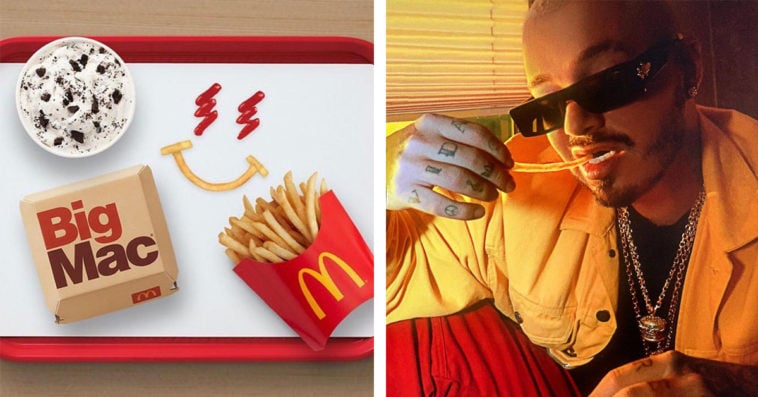 Following the massive success of the Travis Scott Meal, McDonald’s has teamed up with Latin pop superstar J Balvin for its newest celebrity menu collaboration.

The J Balvin Meal is available to order in-restaurant, for carry-out, at the drive-thru, and with the McDonald’s app, but to get it as a deal, it needs to be ordered through the mobile app. McDonald’s told USA Today that customers who will order the meal as an offer on the app will get any-size McFlurry for free. The app also gives customers the option to order any-size fries and McFlurry flavors other than Oreo for the meal. Prices for the J Balvin Mean vary by location.

In a statement, McDonald’s U.S. chief marketing officer Morgan Flatley said that Balvin has “always been a regular at McDonald’s restaurants during his concert tours” so the fast-food chain is “excited to bring his go-to order” to their menus across the U.S.

Balvin, for his part, said that “as a longtime McDonald’s fan,” he’s “excited to join the short list of global icons who have had a meal named in their honor.”  The 35-year-old Prince of Reggaeton also mentioned that there are more surprises coming up with this partnership. Will he also drop a McDonald’s-themed merchandise collection just like what Scott did? Only time will tell.

Balvin, whose real name is José Álvaro Osorio Balvín, scored 13 nominations for the 2020 Latin Grammys last week. This includes two nominations for album of the year and two for record of the year. Balvin, who is currently the third-most streamed artist in the world on Spotify with 56 million monthly listeners, was also nominated for several 2020 People’s Choice Awards, including male artist, Latin artist, and music video of the year for UN DÍA with Dua Lipa and Bad Bunny.