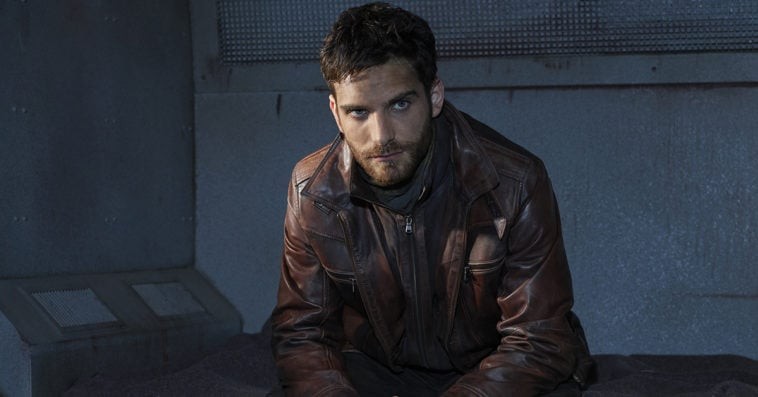 Though Deke Shaw volunteered to stay behind in the 1980s so the rest of the team could get back to the original timeline in the series finale of Marvel’s Agents of SHIELD, actor Jeff Ward is seemingly pleased with how the story of his character ended.

After the plan to get the agents back to the original timeline proved to be a success, Deke became the leader of SHIELD in the alternate timeline. His life, however, won’t just revolve around the covert agency, as he’s also got to continue living out his dream as a rock star.

Deke has gained a huge following since he and Mack MacKenzie (Henry Simmons) got stranded in 1982 where the former started a band and performed his own rendition of Simple Minds’ Don’t You (Forget About Me). Since the original version of the tune wouldn’t be released until 1985, people believed that it was one of Deke’s original songs.

During a recent interview published following the series finale, Ward was asked if Deke would need to choose between running SHIELD and playing music, and the actor said that his character would do both at the same time.

“We’ve been discussing this and I know that it’s a blend of the two because imagine if you found out that Bruce Springsteen was actually the head of the FBI, that’s kind of… you’d never suspect it, right? So he’s using his rock star persona as the ultimate hiding in plain sight tactic to be running an international superhero policing ring and at night, gigs with various songs that he’s ripped off and passed off as his own,” Ward said (via ComicBook.com). “He has an amazing cover of… a litany of… really you should hear his ‘Space Oddity’ cover. It’s very excellent.”

In a separate interview with Entertainment Weekly, executive producers Jed Whedon and Maurissa Tancharoen said that Deke’s fate was the right ending for the character.

“There was a lot of discussion about that because we want to give everyone their moment, and you certainly don’t want to leave somebody early in the finale,” Whedon said of the decision to keep Deke in the alternate timeline. “But because he had found himself so much there and we kind of became obsessed with this concept of ‘80s SHIELD run by a rock star named Deke Shaw, it seemed like he still gets a win and a sacrifice.”

Tancharoen added: “It’s so in line with his character. He’s declaring he’s the one to make this sacrifice for the team, the one that’s going to be left behind. At the same time, it’s a pretty cushy situation. He’s in an era where he’s a rock god, and he’s going to be the CEO of SHIELD. It’s sort of the drive of his character: self-serving yet very loving.”

After all, Deke, who is the grandson of Leo Fitz (Iain De Caestecker) and Jemma Simmons (Elizabeth Henstridge), will still be born in the original timeline, as Leo and Jemma have reunited and had a child, who will become Deke’s mother.