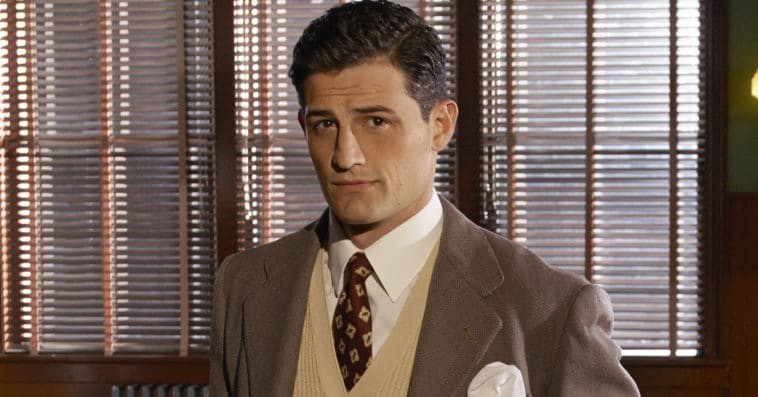 Agents of SHIELD and Agent Carter are getting a crossover four years after the latter series ended its two-season run.

Enver Gjokaj, who played Daniel Sousa in Agent Carter, is set to reprise his role in the seventh and final season of Agents of SHIELD. Entertainment Weekly, which broke the news of Gjokaj’s guest appearance, also released a first-look photo of Sousa in the returning series. See the pic below:

“It wasn’t anywhere near my brain,” Gjokaj said of getting the opportunity to play Sousa once again. “I would’ve been thrilled at any moment for it to come back, but I think as an actor you don’t have time. You just have to move on to the next project.”

Beyond a flashback scene in the Season 2 premiere of Agents of SHIELD, ABC shows Agent Carter and Agents of SHIELD never had a proper crossover because the former was set in the 1940s while the latter takes place in the present. Sousa’s upcoming guest appearance in Agents of SHIELD is made possible because the show recently introduced a time-travel element to its narrative.

In the final season of Agents of SHIELD, LMD Phil Coulson (Clark Gregg), Daisy (Chloe Bennet) and their crew are thrust backward in time and find themselves stranded in 1931 New York City. With an all-new Zephyr set to time-jump at any moment, the team will have to figure out a way to make it back to their home era without breaking the time stream in the process. Apparently, this timey-wimey adventure will lead them to cross paths with Sousa.

Co-showrunner Jed Whedon said that Sousa’s appearance in the series will remind fans how big of a SHIELD fanboy Coulson is. “One of the things we think is so fun — especially with Coulson, who’s just a fanboy for S.H.I.E.L.D. history — is them just getting to walk right into [that history],” Whedon told Entertainment Weekly. “With Sousa, we had a good opportunity to hit that note with Agent Coulson.”

Gjokaj added: “What’s unexpectedly, for me, really fun is that we realized once we got Coulson and [Sousa] in the same scene that they’re very similar.”

Additionally, co-showrunner Jeff Bell said that viewers are going to see a side of Sousa that wasn’t really shown in Agent Carter. “We get to see him in a different light,” Bell said of Gjokaj’s character. “[Sousa] had a particular role on [Agent Carter], and so we were able to show another color of him that you hadn’t necessarily seen on the show.”

Co-showrunner Maurissa Tancharoen pointed out that she and Whedon worked with Gjokaj’s in the short-lived Fox series Dollhouse, and they’re “very aware” of what he is capable of as an actor. “So we were just feeling like we could dive a little deeper with Sousa,” Tancharoen said.

The 13-episode final season of Agents of SHIELD premieres on Wednesday, May 27th, at 10 p.m. ET on ABC.