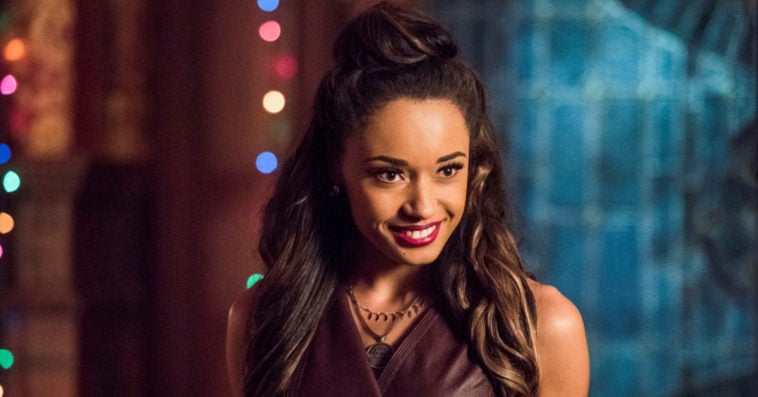 Season 5 of the CW series ended with Astra’s fate up in the air, but as confirmed by a number of news outlets last week, Swann will remain as a series regular in season 6.

Swann made her debut appearance as Astra in the last two episodes of season 4. She was then promoted to series regular for season 5, where her character was set up as the season’s initial big bad. Astra, however, didn’t remain a foe for too long, as she eventually teamed up with the Legends to find the Loom of Fate, hoping that it could save her mother.

While that plan didn’t work out in her favor, Astra basically became a hero by helping the Waverider crew defeat the Fates. In the season 5 finale, Astra ― who was originally from Hell ― gave John Constantine (Matt Ryan) his soul coin back and decided to move into the warlock’s English mansion to try living a normal life on Earth.

“A lot of times with characters, we bring them on, and you just have this sneaking suspicion that there is more to explore, like with Jes Macallan’s Ava Sharpe, Tala Ashe’s Zari 1.0, and Maisie Richardson-Sellers’ Amaya in their own early days on the series,” executive producer Phil Klemmer previously told TVLine. “You just kind of had this nagging suspicion of like, ‘Oh, God, I know there’s so much more that you can do, but we just ran out of time,’ and Olivia’s one of those performers. When you saw the sorority episode [in season 5], that was her first chance to sort of exist out in the world. You get to see that she’s got all these sort of hidden gears.”

Klemmer added that the idea of seeing Astra trying her hand at human life “could be super, super fascinating,” and given her complicated history and “great dynamic” with Constantine, it would be a bummer not to bring her back for another season.

Klemmer also admitted that the series “need more bad people” like Astra, explaining that the show “can’t have everybody fully rehabilitated.” “I guess you [can] just call her totally amoral and cutthroat,” Klemmer said of Astra. “That’s an awesome energy to have on our gang of big-hearted sweeties.”

In addition to Swann, Macallan, Ashe, and Ryan, other cast members returning as series regulars for season 6 are Caity Lotz as Sara Lance, Dominic Purcell as Mick Rory, and Nick Zano as Nate Heywood. It was also announced in June that Shayan Sobhian, who recurred as Behrad Tarazi in season 5, has been promoted to series regular for season 6.

Legends of Tomorrow season 6 doesn’t have an exact release date yet, but the new season is scheduled to premiere in midseason 2021.